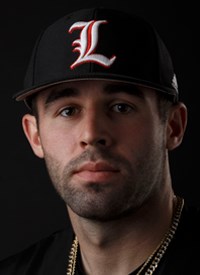 Wisconsin has consistently produced quality MLB draft talent over the last five years. Ever since Kenosha Indian Trails High shortstop Gavin Lux went in the first round to the Los Angeles Dodgers in 2016, the state has consistently turned out other quality top-five-round players.

Wisconsin is the most underrated state when it comes to developing baseball players. The rise of indoor facilities and the quality baseball academies have allowed Wisconsin baseball players to receive consistent reps and develop into high-end players.

This year, Wisconsin has numerous players who are drawing draft interest. Below is a list of Wisconsin prep players and college student-athletes with ties to the state that likely will be selected in the draft, which begins Sunday night. First-round coverage begins at 6 p.m. on ESPN.

Miller is the top draft prospect from the state of Wisconsin this year.

Miller is a switch-hitter with a simple setup and notable bat-to-ball skills. He drives the ball to all fields and has a solid approach. In addition, he displays more power from the right side of the plate.

He also is one of the better up-the-middle defenders in this year’s prep class. Miller has the instincts, arm strength and quick feet to stick at shortstop in pro ball.

The University of Alabama commit likely will hear his name called in the second round. Miller’s brother Owen was a third-round pick in the 2018 draft.

Trapani is the top pitching prospect from the state of Wisconsin this year. Trapani is a 6-foot-1, 220-pound righty who is a power pitcher with true starter potential. He throws from a vertical arm slot and uses a unique delivery.

His fastball sits 92-94 mph and tops out at 95 mph. His curveball is his outpitch and shows 11-to-5 movement. He consistently attacks the zone and locates his pitches well.

Wisconsin hasn’t had a prep pitcher selected in the first five rounds of the draft in over a decade. The Seattle Mariners drafted left-handed pitcher Tony Butler out of Oak Creek High in the third round in 2006.

Trapani could change that, however. Scouts project the University of Arkansas commit as a potential top-five-round pick.

Spence is a well-rounded player who is known for his offensive ability. The left-handed hitter has a smooth, quick and repeatable swing and consistently barrels up pitches.

Spence should remain behind the plate long-term. He is athletic and has made strides defensively over the last year. He has an athletic stance, quick transfers, and solid arm strength, allowing him to throw on a line to second base.

The University of Notre Dame commit is a potential top-10-round pick.

Binelas (pictured above) is a 6-foot-3, 220-pound third baseman who has a short, compact left-handed swing and sound mechanics at the plate. He consistently squares up the ball and drives it to all parts of the field. His top trait is his above-average power.

Defensively, Binelas believes he can stick at third base long-term. Scouts feel he might be better suited for first base, however. He has the arm strength to play third base, but scouts wonder if he has enough athleticism to handle the hot corner.

Alba is a 6-foot-5, 215-pound right-handed pitcher who throws a low-90s fastball and an above-average slider from a clean and low-effort delivery. He also throws a changeup, but it is not as sharp as his other two pitches.

Alba was the top-ranked prep pitch out of Franklin High in 2018. However, he declined pro opportunities to attend UNC, where he has experienced mixed results.

Scouts believe Alba has the potential to be a back-of-the-rotation starter in pro ball due to his clean delivery and command. As a result, he likely will hear his name called between the eighth and 15th-round.