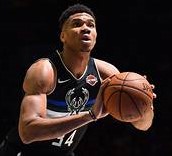 Kevin Durant, James Harden and others in the Brooklyn Nets organization are probably laughing.

Ditto for Trae Young and others in the Atlanta Hawks organization.

The reason for their amusement?

The Milwaukee Bucks are whining about the officiating in Game 1 of the NBA Finals.

The same Bucks who didn’t have any issues with the officiating when they beat the Nets in the Eastern Conference semifinals and defeated the Hawks in the EC Finals.

The Bucks didn’t exactly play nice, either, against the Hawks. Though not nearly as overaggressive as they were against the Nets, the Bucks still displayed a physical brand of defense that was more reminiscent of 1980s basketball than today’s game.

But in Game 1 of the Finals against the Phoenix Suns, the officials called a tighter game and the Bucks’ defense that constantly pushed the envelope against the Nets and Hawks was exposed.

The Suns wound up shooting 26 free throws; the Bucks just 16. That is a clear disparity.

While Khris Middleton and Brook Lopez were consistently whining about calls that went against them during the game – those two have established themselves as two of the biggest whiners in the game today – Bucks coach Mike Budenholzer predictably picked up the whiner baton and complained about the officials afterward.

“I can’t remember the last time a team got 25 free throws in a game against the Bucks,’’ Budenholzer said. “… And then, conversely, the way Giannis (Antetokounmpo) attacks, the way Khris (Middleton) attacks, as many opportunities as Khris has with the ball … it’s frustrating.’’

Budenholzer then added: “We got to be better defensively.’’

And his Bucks need to be smarter. The Suns have an exceptional backcourt with Chris Paul and Devin Booker, the former being a lock for the hall of fame and the latter already well on his way. They regularly left their Bucks defenders in the dust, coming off high screens when Bucks defenders were way too casual about getting around them.

Budenholzer also should have made one thing crystal clear before his team even took to the court: avoid, at all costs, fouling the Suns. They aren’t just a good free throw shooting team; they’re an exceptional one.

Consider this: the Suns have six players in their rotation who are shooting a white-hot 89 percent – or better – from the line in postseason. Reserve guard Cameron Payne leads the way at 92 percent, followed by Booker at 92 percent and Paul at 91 percent. Mikal Bridges and Cameron Johnson are 89 percent free throws shooters in the playoffs and Jae Crowder, the former Marquette University, is shooting 87 percent.

In other words, if you’re going to foul the Suns, you better be prepared to pay the price.

And, conversely, as Budenholzer might say, the Bucks need to significantly improve their free throw shooting, especially Antetokounmpo, who has been a nightmare from the line in this season’s playoffs. He had made just 54 percent of his free throws.

Antetokounmpo missed five free throws in Game 1. Lopez, Bryn Forbes and Pat Connaughton each missed two. That’s 11 points they wasted among them. If they had converted on those attempts, the Bucks would have been in Game 1 instead of being blown out.

Tonight, in Game 2, we’ll see if the Bucks learned their lesson.