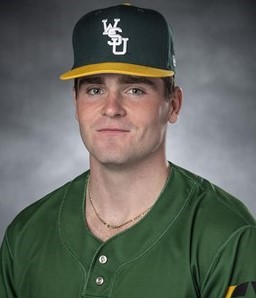 They selected only college players in the first 10 rounds. The run of college performers ended on the final day of the three-day draft, though. The Brewers used seven of their last 10 picks on high school players.

There were numerous top-10 potential prospects on the board when the Brewers selected in the first round. The Brewers drafted Boston College outfielder Sal Frelick, a well-rounded player who projects as a top-of-the-order hitter, with the 15th overall pick.

Frelick drew interest from multiple teams in the top 10. He is a 5-foot-9, 175-pound left-handed hitter who consistently squares up the baseball and drives the ball into the gaps. He is athletic, possessing above-average speed, and has notable plate discipline. Scouts believe he will hit for more power as he matures physically.

The Brewers believe Frelick can stick in center field long-term. He has experience playing a multitude of positions, including shortstop and second base. One Brewers scout described Frelick as a “gamer,” a “high-energy clubhouse guy” and “just (an) exciting all-around” player.

The Brewers added Wright State second baseman Tyler Black with the 33rd overall pick. Black has similar makeup as Frelick and profiles as an offensive-minded second baseman. Black is a well-rounded player who hits for power from the left side and has intriguing speed.

The Brewers selected Texas Christian University’s Russell Smith, a 6-foot-9, 235-pound left-handed pitcher in the second round. Smith profiles as a back-end-of-the-rotation starter and likely will sign below the assigned signing bonus value of $1.44 million.

Frelick was an excellent value pick and will move through the system quickly. But Black might have been the team’s best selection. Black drew great reviews from scouts and was in the mix to go in the first round.

Black is a 6-foot-2, 190-pound left-handed hitter with an advanced approach at the plate. He has above-average power and a strong feel for the strike zone. He also has respectable speed that allows him to steal bases and take an extra base.

Defensively, Black split time between second base and third base in college. He also is comfortable at shortstop after he spent his prep career playing that position.

Most scouts believe Black can quickly move through a minor-league system. He profiles as an offensive-minded second baseman in the major leagues.

After selecting all college players in the first 10 rounds, the Brewers started Day 3 by drafting California prep outfielder Roc Riggio in the 11th round. Scouts projected Riggio as a potential second or third-round pick, but signability concerns caused him to fall in the draft.

Riggio is a 5-foot-9, 180-pound left-handed hitter with a track record of success against premium prep pitchers. He consistently squares up the baseball and drives the ball with power. He is an exciting offensive player who profiles as a second baseman or outfielder in pro ball.

If Riggio wants to bypass his Oklahoma State commitment and start a pro career, the Brewers will have the signing bonus money available to sign him.

Before the season started, scouts projected Binelas as a potential top-15 pick. However, he hit .155 with one home run and struggled with his plate discipline in the first month of the 2021 season. He had a solid finish to the season and strong performance at the first-ever MLB Draft Combine.

Binelas, an Oak Creek High graduate, is a 6-foot-3, 225-pound left-handed hitter who uses all parts of the field and possesses above-average power. Defensively, Binelas has the athleticism and arm strength to play third base. He split time between third base and first base for Louisville this spring.

Georgia prep left-handed pitcher Carter Holton was the most challenging pitcher to hit on the summer showcase circuit last year, according to many top 2021 prep hitters.

The Brewers selected the well-regarded prep pitcher in the 19th round of this year’s draft. Holton is a 5-foot-11, 195-pound lefty who touches the mid-90s with his four-seam fastball and has some deception in his delivery.

Holton likely will honor his commitment to Vanderbilt. But you can’t fault the Brewers for taking a chance and hoping to sign the prep lefty if they have enough signing bonus dollars remaining.