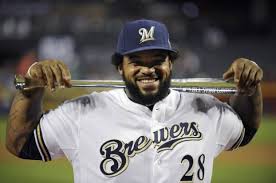 If you are an avid baseball fan, you likely know the famous Abbott and Costello bit of “Who’s on First?” Who is the first baseman and I Don’t Know is the third baseman in this legendary skit.

Entering this season, there was a lot of question about who was on first and what player would be stationed at third base for the Milwaukee Brewers for the 2021 season. Once the Brewers signed free agent second baseman Kolton Wong, the general consensus was that Keston Huira would be moving from his spot at second base and would become the team’s first sacker.

Third base was more of an open question. Luis Arias was the favorite for that spot, but just before the start of spring training, the team inked former third baseman Travis Shaw to a minor league contract and invited him to spring training with the parent club.

All of this being said, the question still remains: Who is on first? And who is going to play third?

Since the 2010 season through last year, the Brewers have had 50 different players play first base; in that same timeframe, they have seen 45 players over at third base. Long gone are the days when Cecil Cooper, George Scott, Richie Sexson, or even John Jaha, would be a fixture at first base; or how about Jeff Cirillo, Paul Molitor, Don Money or Sal Bando handing the third base chores for multiple season for the Brew Crew?

Here’s a look at the Brewers players who played the most games at first and third from 2010-2020.