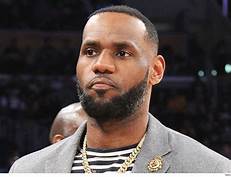 It was perhaps the first and last time in professional sports history that an athlete didn’t want to be chosen an All-Star.

That certainly appears to be the sentiment regarding Sunday’s NBA All-Star Game in Atlanta.

In recent weeks, several of the league’s stars have publicly declared their unhappiness about having to play in the event. Nobody was more adamant than NBA superstars LeBron James and Giannis Antetokounmpo.

Their reasons for skipping the All-Star Game were logical. They have real concerns about COVID-19 and they sought a much needed physical and mental break after the league decided to commence with the 2020-2021 season just a few months after wrapping up last season.

James and Antetokoumnpo didn’t pull any punches in expressing their displeasure for Sunday’s game.

“I have zero energy and zero excitement about an All-Star Game,’’ James said last week.

The All-Star Game and the Finals are the NBA’s grandest showcases. They garner  precious international attention and provide essential exposure not only to established players like Antetokounmpo and James but to rising stars like Zion Williamson and Luka Doncic, who eventually figure to the faces of the league.

Unfortunately for the NBA, which like many businesses is struggling financially, the messages James and Antetokounmpo sent didn’t help the league’s cause to recapture a portion of their fan base lost during the pandemic. After all, if marquee players James and Antetokounmpo have “zero interest’’ in playing in the All-Star Game, why should fans have any interest in watching it?

Bucks looking to wheel and deal

The Bucks are far from the smooth operating machine that they were the last two seasons. Their humbling 31-point setback to the Nuggets on Tuesday night and their unimpressive one-point victory over a mediocre-at-best Memphis outfit on Thursday night spoke volumes of their sub-par play this season.

It shouldn’t come as any surprise then the Bucks are serious about making a trade before the March 25 deadline. Sources said the Bucks are in the market for a wing player, perhaps someone like Houston’s P.J. Tucker.

Tucker, 35, is a hard-nosed, physical defender who can spread the floor with his perimeter shooting.  He also has plenty of playoff experience: He has been to the playoffs on four occasions, once with Toronto and three times with Houston. He has appeared in 50 postseason games, 41 as a starter.

Tucker also has a reasonable contract, being paid $7.96 million this season.

Tucker, who has started 32 games this season, is averaging 4.4 points, 4.6 rebounds and 30 minutes. While he is shooting 31 percent from 3-point range, his career 3-point percentage is 36.

Veteran agent Andre Buck, who represents Tucker, said he didn’t know how interested the Bucks were in Tucker but acknowledged he’s heard “rumors’’ Milwaukee and several other playoff-bound teams, including Miami and Philadelphia, may pursue his client.

Said Buck: “Where there’s smoke, there might be fire.’’

With the NBA at its midway point of the regular season, here are my top five MVP candidates:

5) James Harden. If he hadn’t been so unprofessional and hell bent about getting out of Houston at the outset of the season, he’d perhaps be ranked higher. His impact on the Nets is indisputable and his numbers are amazing: 25.5 points, 11.4 assists and 8.7 assists

4) Damian Lillard. The veteran point guard has simply put the injury-ravaged Blazers on his back and has them in fifth place in the ultra-competitive Western Conference. Despite constant double teams, Lillard is averaging 29.4 points and 8 assists, ranking fourth and eighth in the league in those categories, respectively..

3) LeBron James. A few weeks ago, he seemed poised to secure his fifth MVP.  But the Lakers and James have struggled lately, losing four straight and five of six, thus dinging his MVP prospects.

2) Nikola Jokic. OK, if the Nuggets’ record was better – they’re 21-15 and in seventh place in the West – the veteran center would likely be the MVP frontrunner. To say the least, Jokic’s numbers are gaudy: 27.3 points, 41 percent on 3-pointers, 11 rebounds and a ridiculous 8.6 assists. I always thought Sabonis and Walton were the gold standards for passing big men. Not anymore.

1) Joel Embiid. You always wondered how special this marvelously athletic big man could be if he stayed healthy and focused. Now we know: He ranks second in scoring (30.2), second in per (31.21), fourth in rebounds (11.6) and, because of his dominance at both ends of the floor, the Sixers are in first place in the East.

But as awesome as that group is, how about the East’s starting lineup in the 1987 All-Star Game? That illustrious cast consisted of Michael Jordan, Larry Bird, Julius Erving, Moses Malone and Dominique Wilkins.

Yet, as loaded as that East team was, it still lost to the West 154-149 in overtime as non-Hall of Famers Tom Chambers and Rolando Blackman scored 34 and 29 points, respectively, for the winners.

The Milwaukee Bucks have come a long way in the recent years, thanks to the emergence of Giannis Antetokounmpo and a state-of-the-art arena.

An owner recently told me the value of the Bucks’ franchise is now “between $1.8 billion to $2 billion.’’ Not too shabby when you consider Wes Edens and Marc Lasry purchased the franchise from Herb Kohl in 2014 for reportedly $550 million.

With the Minnesota Timberwolves now on the block, that same owner was asked what he thought would be their purchase price. He responded, “right around $1.2 billion.

“They (the Timberwolves) have to do the same thing Milwaukee did,’’ the owner said. “They need a new arena, first and foremost, and then they have to do a much better marketing job and increase their television revenue, which is awful. That franchise is a mess.’’

Here are my All-NBA Foreign teams at the break:

Previous: Antetokounmpo’s ‘Mean Mug’ wouldn’t fly back in the day
Next: It’s been a revolving door at first and third base for Brewers