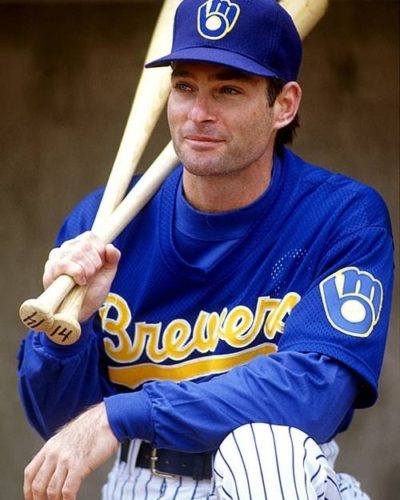 Home » Guest Post » Brewers have had a galaxy of stars

When it comes to the MLB’s individual year-end awards, the Brewers have had their share of winners … and near-misses

During the 50-plus year history of Brewers baseball in Milwaukee, there has been team success and individual success. The 2019 season was certainly one of those years. The Brewers, as a team, made the playoffs for consecutive seasons for the first time since the 1980s… Christian Yelich almost repeated his National League MVP season of 2018, but finished as the league runner-up in that award… and Craig Counsell for the second consecutive season finished second in the voting for N.L. Manager of the Year Award.

In 2020, a Brewers player took home one of the major awards when first-year reliever Devin Williams won the National League Rookie of the Year honor. Williams also finished tied for 18th in the N.L. MVP balloting, and was a Top Ten finisher in the N.L. Cy Young Award. Corbin Burnes also got some love when he finished sixth in the Cy Young vote. And the team made the playoffs for the third straight year, the first time in team history.

When it comes to the league MVP, Cy Young, Rookie of the Year, and Manager of the Year, the Brewers have had familiar names hoist these trophies at the end of a season. Brewers players Rollie Fingers, Robin Yount, Ryan Braun, Pete Vukovich, Pat Listach and the aforementioned Yelich all have their names etched on one (or more) of these end-of-the-year trophies.

Let’s take a look at these four individual awards and see how the Brewers have fared not only in terms of individuals winning the awards, but those who fell just a bit short and those who were at least in the conversation for these honors at years’ end. (The Milwaukee Brewers were in the American League from 1970 to 1997; in the National League from 1998 to today.)

The Brewers were the first team to have American League MVP and Cy Young Award winners in back-to-back seasons. There have, however, been a handful of times when a team had a different player win the league MVP in three consecutive seasons. In the N.L., the Cincinnati Reds had three different MVPs in consecutive years (Ernie Lombardi, 1938, Bucky Walters, 1939 and Frank McCormick, 1940); the St. Louis Cardinals did it with Mort Cooper, 1942, Stan Musial, 1943 and Marty Marion, 1944. In the A.L., the Yankees did it… 1941-Joe DiMaggio, 1942-Joe Gordon and 1943-Spud Chandler. The last time it happened was in the early 1960s when the Yankees had Roger Maris as league MVP in 1961, Mickey Mantle in 1962 and Elston Howard in 1963.

Robin Yount is one of 31 players who have won the league MVP in more than one season. Barry Bonds tops this list with seven league MVP awards.

There were three seasons where the Brewers placed two players in the Top 5 for the league Rookie of the Year: 1973-Garcia and Porter… 1985-Higuera and Riles… 1992-Listach and Eldred.

Brewers Manager of the Year honorees
Winners: None

The Brewers and Mets are the only two teams since the Manager of the Year Award was started in 1983 to have never had one of their managers win the award.

Previous: Is an All-Star Game appearance this summer in the cards for Wong or Bradley?
Next: NBA trade winds intensify