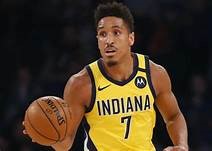 Most of the NBA’s 30 teams are talking the talk.

But will they walk the walk?

With the NBA trading deadline closing in, there isn’t a shortage of trade rumors making the rounds. In fact, the general consensus among several NBA officials is that there will be a fair amount of wheeling and dealing before the deadline, which is Thursday (2 p.m., CST).

As one might assume, playoff-bound teams – Miami, Boston, Brooklyn, Los Angeles Lakers, etc. — have been especially active in trade discussions. Here is a list of just a few of the players whose names are being bandied about in trade talks:

Three proven and productive players – all likely buyout candidates —  are smack dab on the radar screens for a bunch of playoff-caliber clubs.

One is Cleveland center Andre Drummond. Said a GM: “You don’t think he’d help Boston? Or how about Mathletic big man iami? But I really think it’s going to come down to him playing with either LeBron (James) or Kevin (Durant). Its going to be the  Lakers or the Nets.’’

Two other players who are expected to be bought out are San Antonio’s LaMarcus Aldridge and New Orleans JJ Redick. Aldridge has been linked to Portland, Miami and Boston, while Reddick, according to a source, is hoping to land the Nets, 76ers, Celtics or Knicks.

Cream of the crop

The NCAA Tournament can be a blessing or a curse for NBA draft prospects. Two player personnel directors said both Oklahoma State’s do-it-all Cade Cunningham and Southern California’s athletic big man Evan Mobley have had tournament performances worthy of being the possible top pick in the draft.

In fact, one personnel director said he’d pick Cunningham No. 1, while the other said he has moved Mobley ahead of Cunningham in his draft rankings.

Here’s what an Eastern Conference player personnel director said about Cunningham and Mobley:

“Mobley’s not the tough guy that you might like in your big man, but, man, is he skilled.’’

Said one official: “After those five guys, it gets cloudy for me. Real cloudy.’’

As a rookie last season, Poole averaged 8.8 points while shooting a dismal 33 percent from the field and 27.9 percent from 3-point range in 57 games. This season, the 6-4 shooting guard is averaging 10.4 points while significantly improving his shooting: 50 percent from the field and 39.6 percent on treys. In the last seven games, he has had four games of 23 to 26 points. In the last three games, the 21-year-old Poole scored 23, 25 and 26 points. In that same stretch, he connected on 12 of 26 attempts beyond the arc (46 percent).

Previous: Brewers have had a galaxy of stars
Next: Zielinski: Brewers are cream of Central Division crop