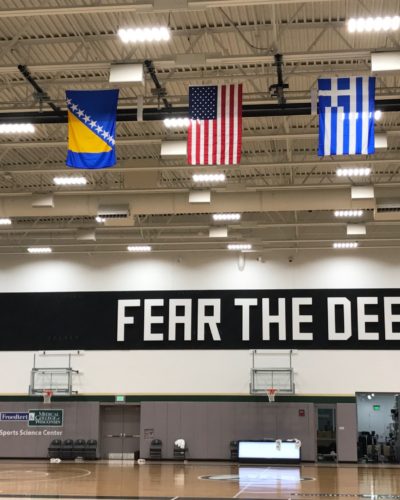 Home » Guest Post » With no homecourt advantage, Bucks could be in trouble

With the NBA looking to conclude their interrupted 2019-20 season with 22 of the 30 teams finishing the season in games only in Orlando, teams that depend on home court advantage will be without benefit of a home crowd as the season plays out. And one team that may not like this fact is the Milwaukee Bucks.

Based on home court records starting with the 2018-19 season and ending with the delay instituted earlier this year because of the COVID-19 pandemic, the Bucks had a league-leading .847 winning percentage in home games over that period… 61 wins and 11 losses on their home court. Eleven NBA teams since the start of the 2018-19 season have won 2/3 or more of their home games.

With no crowds and no home court advantage, will this be a negative for some teams? We’ll have to see how this plays out since we don’t have any history of such a large sample of neutral court games in league history. But this we know for sure: None of the 22 teams finishing out this season will benefit from a home crowd. Will this make for a more level playing field (court) as the season winds down and eventually crowns a champion in 2020? Stay tuned.

Here is the winning percentage of each of the 30 NBA teams in home games since the beginning of the 2018-19 season through contests played in 2019-20.

Previous: For some NBA head coaches, the resumption of the season is risky
Next: Three college standouts who could be on the Brewers’ draft radar