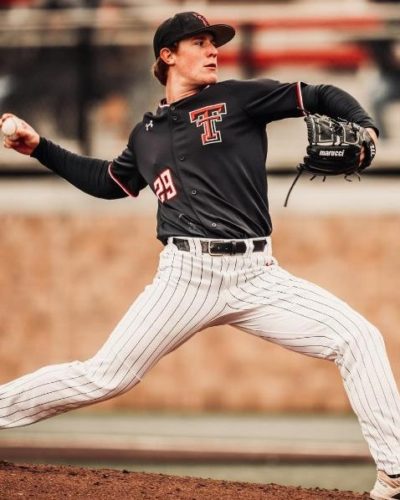 The Milwaukee Brewers have had mixed results with selecting players in the first round of the MLB draft over the last 10 years. This year’s MLB draft is unlike previous years due to the cancelation of the spring college and amateur baseball seasons and with the draft going from 40 rounds in previous years to just five this year.

The Brewers own the 20th pick in the first round of this year’s draft, which is on Wednesday and Thursday. The first 37 picks will occur on Wednesday while the final four rounds will take place Thursday.

The Brewers own the ninth-lowest bonus pool in this year’s draft. The assigned slot value for the 20th pick is $3,242,900.

This year’s five-round draft will be college heavy and it wouldn’t shock me if that’s the direction the Brewers went, especially after their first eight selections last year were via the college ranks. If the Brewers do go the high school route, California prep catcher Tyler Soderstrom and Illinois prep shortstop Ed Howard could be in the mix if they are still on the board.

It is hard to project exactly who will be on the board when the Brewers pick but below are three names that could be in play when they are on the clock in the first round.

Beeter (pictured above) enhanced his draft stock in his four starts this spring. The 6-foot-2, 220-pound righty served primarily as Texas Tech’s closer as a redshirt freshman last season after missing his freshman season recovering from Tommy John surgery.

He earned All-American honors last year and returned this season as Texas Tech’s No. 1 starter. In 21 innings, Beeter recorded a 2.14 ERA with 33 strikeouts (14.1 per nine innings) and four walks allowed this season.

Beeter throws a four-seam fastball, curveball and changeup from an over-the-top delivery that allows him to throw downhill and create deception.

He has a powerful two-pitch mix that he relies on heavily. His fastball and curveball are above-average offerings and allow him to overpower hitters. His fastball sits in the mid-90s and has touched 98 mph.

His curveball might be his best pitch and serves as an extremely effective outpitch. It’s a sharp breaking pitch that consists of 12-to-6 break and typically generates a high percentage of strikeouts.

Beeter is one of the most underrated players in this year’s draft class and has great analytical data on his pitches, which the Brewers value in their pitchers. The Brewers also are high on Beeter and believe he can be a quality major league starter in the future, according to multiple sources.

Dingler has started since his freshman year at Ohio State and shown notable defensive skills at two different positions. After playing center field as a freshman, Dingler moved back to his natural position behind the plate and displayed athleticism and above-average arm strength.

He has the arm strength, which causes opposing players to have difficulties running on him, and the size (6-3, 222) to stick behind the plate long-term. He also is a natural leader, as his team voted him a team captain as a sophomore last year.

Offensively, Dingler experienced mixed results in his first two years at Ohio State. After hitting .291 with three home runs and 19 RBIs in 49 games last year, Dingler showed improvement and promise in a limited season this spring. The right-handed hitter posted a .340 batting average with five home runs and 14 RBIs in 58 plate appearances in 13 games.

Dingler is the second-best college catcher in this year’s draft class. College catchers historically have had better major league careers compared to prep backstops. Dingler has all the tools to be a well-rounded catcher in pro ball.

Crochet is a 6-6, 218-pound lefty that has all the makings of being a No. 1 starter in pro ball. He only pitched 3 1/3 innings this spring, as he missed multiple starts as a precaution due to shoulder soreness and then the season ended prematurely due to the coronavirus pandemic.

He has a short track record of success as a starter and could improve his command a bit. But Tennessee pitching coach Frank Anderson told me that Crochet “has the best stuff of any guy I’ve ever had, and I’ve had a bunch of high draft picks, first-round guys, and my son (Brett Anderson) has been in the big leagues for 12 years. I’ve been around some really good guys, and Garrett is the best I’ve ever had.”

Crochet could go before pick No. 20 but is a wild card in this draft. He has a high ceiling and could be an effective major league starter with more development. If starting doesn’t work out, Crochet would fit as an overpowering late-inning reliever, similar to current Brewers left-handed reliever Josh Hader.

Previous: With no homecourt advantage, Bucks could be in trouble
Next: Brewers may have landed one of the ‘steals’ of the draft