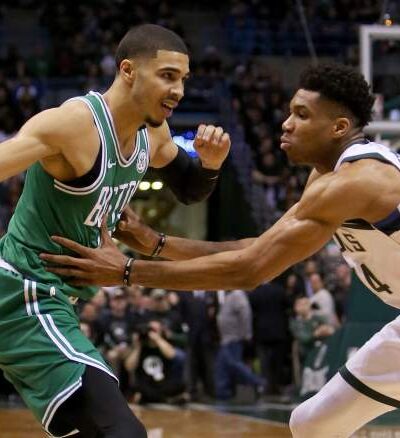 Last season the Milwaukee Bucks and Phoenix Suns faced off in the NBA Finals. This year, both of their seasons ended on the same day in the conference semis… and both lost in Game Sevens. To make matters worse, both the Bucks and Suns lost in blowouts (the Bucks lost to the Celtics 109-81, a 28-point defeat, and the Suns lost 123-90 to Dallas, a 33-point loss). The Game Seven blowouts suffered by the Bucks and Suns were among the worst Game Seven losses in NBA playoff history.

It’s interesting to note that of the 16 Game Seven blowouts of 20 points or more, 14 of those games were won by the home team. Dallas’ 33-point win over Phoenix in Phoenix is now the largest blowout won by an away team in Game Seven of a playoff series since 1955.

One final note: The Bucks have lost five Game Seven by 15 points or more in their history. Three of those losses came at the hands of the Boston Celtics.