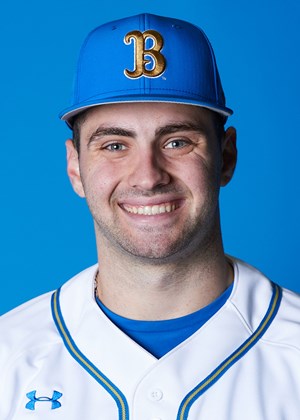 The MLB draft is always unpredictable. On Wednesday when the first round of this year’s draft occurred, that statement was true. Some surprising selections resulted in quality players falling down the draft board in the first round.

Below are the best picks in terms of value from the first day of the draft.

Martin is the best player in this year’s draft class, but his signability concerns, as he’s a Scott Boras client, might have caused him to fall to the fifth pick.

He has the best pure hitting ability in this year’s draft class. The right-handed hitter possesses tremendous ability at the plate, as he makes consistent, hard contact with his quick, compact swing. He has a strong understanding of the strike zone and uses his line-drive approach to drive the ball to all parts of the field.

Although he is 6-foot, 185 pounds, Martin offers solid power potential, which should only improve as he adds strength to his frame. Martin has no glaring weaknesses at the plate.

Martin has the athleticism, arm strength and overall skills to play anywhere on the diamond. As a freshman, he started games at six different positions. Last year, Martin started at second base before settling in as Vanderbilt’s third baseman. Professional scouts wanted to see Martin at shortstop this spring but he played third base and center field.

Martin, who played most of his games in college baseball’s best conference, hit .368 with 39 doubles, four triples, 14 home runs and 76 RBIs in 140 games. He also stole 43 bases and showed solid plate disciple, posting more walks than strikeouts in his career.

Scouts considered Mitchell as a top-10 talent in this year’s draft class. There was speculation that his Type 1 diabetes worried some teams. But he’s played with the disease since he was in third grade and has been a premium athlete at UCLA for the last three years.

Mitchell (pictured above) is an all-around player who profiles as a center fielder in the pro ranks. He is an above-average defensive player, possessing elite speed and solid arm strength. The left-handed hitter has the chance to hit for average and power while also using his speed to steal bases.

Soderstrom, who’s 6-2, 190 pounds, is a well-rounded catcher, but his top trait is his offensive ability. He has a slightly open stance and does a good job of incorporating his lower half into his swing. He also has quick hands that generate bat speed, which allows him to consistently barrel up pitches from the left side of the plate.

Soderstrom has the intangibles to grow into a respectable defensive catcher. He is athletic and features a strong arm. He also moves well from side to side and has a quick exchange that allows him to quickly release the ball on throws.

Despite Soderstrom’s potential behind the plate, there isn’t a great track record of first-round prep catching prospects who have gone on to have successful major league careers. The last two first-round prep players who have stayed behind the plate in pro ball and accumulated at least a 5.0 WAR are Joe Mauer, who the Minnesota Twins drafted first overall in 2001, and Jason Kendall, who the Pittsburgh Pirates drafted No. 23 in 1992.

With pro teams typically struggling to develop prep catchers and Soderstorm’s profile as an offensive-first player, some scouts believe Soderstrom would be better suited to play third base or in the outfield to speed up his development.

Soderstrom is one of the best prep hitters in this year’s draft class and offers plenty of intrigue at the plate.