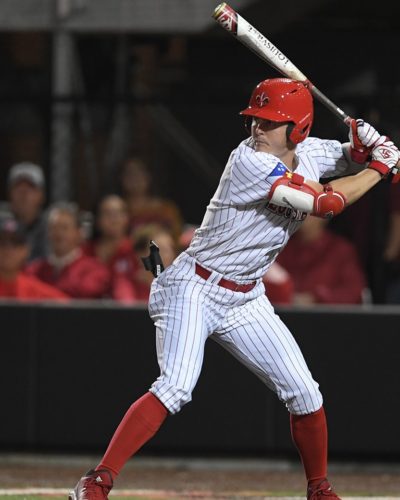 In the first round, the Brewers landed one of the best players in this year’s draft class in UCLA outfielder Garrett Mitchell. That selection was the start of a solid draft class for the Brewers that offers some risk but also plenty of potential.

Below is a look at the five selections the Brewers made in this year’s draft.

UCLA outfielder Garrett Mitchell with the No. 20 pick

Scouts considered Mitchell as a top-10 talent in the 2020 MLB draft class. There was speculation that his Type 1 diabetes worried some teams. But he’s played with the disease since he was in third grade and has been a premium athlete at UCLA for the last three years.

Mitchell is an all-around player who profiles as a center fielder in the pro ranks. He is an above-average defensive player, possessing elite speed and solid arm strength. The left-handed hitter has the chance to hit for average and power while also using his speed to steal bases.

Mitchell was one of the best value picks in the first round.

Miami shortstop Freddy Zamora with the No. 53 pick

The Brewers’ selection of Zamora was intriguing. He is a guy who was a potential first-round pick before the season started but off-the-field question marks made him a polarizing prospect entering the draft.

He did not play this spring. He was first suspended for violating team rules before the start of the season and then tore his ACL in practice that kept him from playing a game during his junior season.

On the field, Zamora has above-average arm strength, body control and range to play shortstop in pro ball. Offensively, the right-handed hitter boasts a contact-oriented approach, as he has below-average power and solid speed on the bases.

Central Michigan catcher Zavier Warren with the No. 92 pick

The Brewers went a surprising direction in the third round when they selected the Central Michigan product. The most surprising part of the pick was that the Brewers announced the college shortstop as a catcher, which is the position Warren played in high school and sparingly in college.

He would not have played shortstop in pro ball and figured to likely make the move over to third base. But the 6-0, 190-pound infielder has the arm and athleticism to at least attempt to play catcher in pro ball.

Offensively, Warren is a switch-hitter who is more of a gap-to-gap hitter. He set a program record with 23 doubles last year. He also has a solid feel for the strike zone. In three years at Central Michigan, Warren hit .328 with 29 doubles, three triples, nine home runs and 106 RBIs in 130 games.

Cincinnati outfielder Joey Wiemer with the No. 121 pick

The Brewers went the college route in the fourth round when they selected Wiemer out of Cincinnati. Wiemer played left field for the Bearcats but his above-average speed and above-average arm strength should allow him to play any outfield position in pro ball.

Wiemer doesn’t have a track record of success at the plate, but he has the bat speed, strength and the raw power to offer potential offensively.

Cincinnati tried to use Wiemer on the mound this spring. He displayed a 98 mph fastball in two relief appearances but lacked control.

Louisiana-Lafayette shortstop Hayden Cantrelle with the No. 151 pick

Cantrelle (pictured above) is a 5-foot-11, 175-pound switch-hitter who profiles as a top-of-the-order bat in the pro ranks. He hits the ball with more authority from the left side of the plate. He’s a gap-to-gap hitter who has some sneaky power. He also has above-average speed that will allow him to create havoc on the base pads.

Cantrelle has average arm strength at shortstop and struggled at times defensively with the Ragin’ Cajuns, committing 28 errors in 135 games over three seasons.

He primarily played second base in the Cape Cod League while also receiving time in the outfield and at shortstop. He doesn’t have a preference for his future defensive home and believes his versatility will be a valuable asset for a major league team in the future, he told me.

He showed an even better feel at the plate his sophomore year. In 59 games, he batted .309 with nine home runs, 31 RBIS and 28 steals in 291 plate appearances.

After hitting just .174 in the Cape Cod League in 2018, Cantrelle showed tremendous improvement last summer. He posted a .315 batting average with three home runs, 14 RBIs and 19 stolen bases in 36 games.

Although he was a consistent performer in his first two years for the Ragin’ Cajuns, he struggled in an abbreviated season this spring. He batted just .136 with one home run, four RBIs and four stolen bases in 17 games.

Previous: Brewers may have landed one of the ‘steals’ of the draft
Next: Can any of the Brewers’ newcomers match Carlos Gomez’s debut?