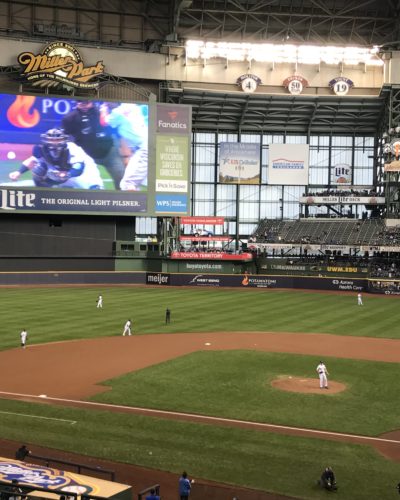 Players fall each year in the MLB draft, which allows teams to receive value later in the first round. The Milwaukee Brewers benefited from that situation on Day 1 of the draft this year.

Professional scouts considered Turang as the top prospect in this year’s draft class last June. The high expectations and mediocre results caused his draft stock to take a slight hit this spring. He hit .352 with 5 home runs, 21 RBIs and a .464 on-base percentage as a senior this year.

A left-handed hitter, Turang is capable of hitting line drives to all parts of the field and will be a top-of-the-order bat. Although he possesses average power, scouts expect him to hit around 15 homers in the major leagues.

The suggested signing bonus for the draft pick is worth $3,013,600. Turang is a LSU commit.

Once considered a top prospect in the draft class, Gray’s draft stock took a slight hit this spring due to his inability to make consistent contact.

He has five-tool potential but scouts have swing and miss concerns with Gray. His best tools are his above-average arm strength and power at the plate. He will start in center field with the Brewers but also profiles well in right field.

Gray is a 6-foot-3, 195-pound 18-year-old with a commitment to Mississippi. The suggested signing bonus value is slightly over $1.1 million.

The Brewers used their final pick on Day 1 on Hawaii prep outfielder Micah Bello with the 73rd overall selection in the Competitive Balance Round B. Considered a likely third-round pick, Bello is a 17-year-old outfielder that’s committed to St. Mary’s.

Although prep players from Hawaii are difficult to scout due to the state’s talent level, Bello performed well in showcase events over the last year.

Bello is a center fielder with his best skill being his above-average speed. He projects as a top-of-the-order bat that will hit for average and not necessarily power.

The Brewers don’t have a third-round selection due to the signing of Lorenzo Cain. They possess a signing bonus pool of about $6.6 million, which is for players selected in the first 10 rounds and any player signed over $125,000 after Round 10.

Previous: TODAY’S SPORTSTAT — Cavs, Warriors prove you don’t have to be No. 1 seeds to reach Finals
Next: Bucks have eyes on acquiring second-round pick