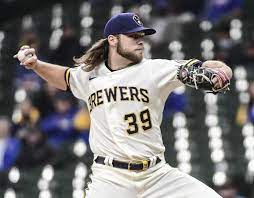 Here’s a few more Brewers’ quality starts stats you may not know:

•    Sheets was the losing pitcher in 33 quality starts with the Brewers. That tops the team in that stat. Slaton ranks second with 31 quality start losses.

Previous: Packers’ Crosby keeps making his points
Next: Packers are set to bear down