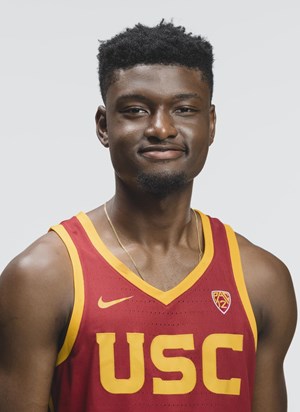 As of today, the Milwaukee Bucks will have only one pick in the upcoming NBA draft.

The Bucks currently possess a first-round pick – the 17th overall selection — but don’t have a second-round one.

Of course, that could change by June 21 – the day of the day of the draft – especially considering how Bucks officials are seriously doing their homework on several projected second-round candidates, including Chimezie Metu and De’Anthony Melton.

Metu, a 6-foot-10 power forward-center from Southern California, and Melton, a 6-3 combo guard from Southern Cal, are expected to be go “somewhere in the 30s’’, according to a longtime NBA player personnel official. In its latest mock draft, NBAdraft.net has Melton going to Philadelphia at 39 and Metu going to the Los Angeles Lakers at 47.

The Bucks’ keen interest in Metu and Melton may be an indicator of their interest in acquiring a second-round pick via a trade or more likely through a cash purchase. The Bucks have done amazingly well with second-round picks over the years with Michael Redd, Luc Mbah a Moute and Ersan Ilyasova and, most recently, reigning Rookie of the Year Malcolm Brogdon.

Ever since Dwane Casey was relieved of his head coaching duties for Toronto, he has been regarded as the frontrunner for the vacant Detroit head coaching position. That still remains the case, with some NBA officials convinced the job is his.

The Pistons are also in the market for a general manager and some NBA officials speculate former Pistons standout Tayshaun Prince could be the leader. The Pistons, league sources said, want to fill the GM position with a former NBA player.

The Warriors, now winners of three of the last four NBA titles, clearly are in a class by themselves. What’s more, they are hardly a collection of fossils: Steph Curry is 30, Kevin Durant is 29, Draymond Green is 28 and Klay Thompson is 28.

— Headshot of Chimezie Metu courtesy of the University of Southern California