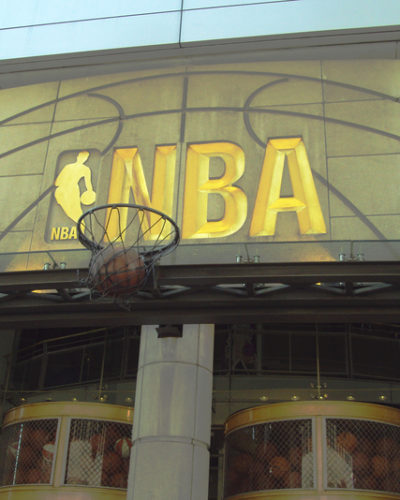 CHICAGO ‘s Peter Jok wasn’t offering up any excuses. He’s not that type of guy.

Jok, the former University of Iowa standout, knows he didn’t have a stellar performance at the NBA pre-draft camp this week in Chicago. In fact, in one game, Jok went 0 for 6 from the field.

Yet, Jok, and those who followed his collegiate career, weren’t overly concerned. He knows, and they know, that Jok can score and score with the best of them.

The 6-foot-6 Jok averaged a Big Ten Conference-leading 19.9 points per game this season for the Hawkeyes. He racked up five, 30-point outings with a career high 42-point performance versus Memphis.

If that wasn’t enough, Jok’s shooting number were equally impressive this season: 38 percent from 3-point range (He also won the 3-point contest at the NCAA Final Four) and shot a white-hot 91 percent from the line – 88 percent for his career.

Offense isn’t an issue for Jok.

“He has an NBA skill: shooting,’’ a veteran Eastern Conference player personnel official said of Jok. “And that’s a premium in our league.’’

Jok’s defense, on the other hand, has been an issue with NBA officials.

“Some people think I’m just a one dimensional player, that I’m just a scorer,’’ Jok said. “But I can play defense.’’

And he did that more than adequately at the combine, which was attended by a horde of NBA general managers, coaches and scouts.

Said Jok: “My main focus coming here was defense. I wanted to show them (NBA officials) that I can defend and I think I did that.’’

Whether Jok did enough to impress the pro personnel at the camp and improve his stock for the June draft isn’t known. What also isn’t known, at least to many NBA officials who attended the camp, is that Jok participated under some extenuating circumstances.

After arriving in Chicago on Monday, he immediately hit the books and studied for four exams in anthropology, sports business, human development and Swahili.

He took two tests on Tuesday, one on Wednesday and the final one on Thursday. It meant he was up early morning and going to bed late at night.

Jok’s business is far from complete. He is expected to work out for several teams in the next two weeks, having drawn interest from numerous teams including Milwaukee, Boston, Orlando and Los Angeles Clippers.

“I think he improved every year he was at Iowa,’’ a player personnel director said. “And he’s expanded his game with his passing, defense and ballhandling.

“I don’t know if he’ll get drafted but, even if he doesn’t, I think he’s got a real shot to make a roster next season.’’

Teams interested in big point guards in the draft have been checking out PJ Dozier of South Carolina.

Being tall and versatile, Dozier said he’s patterned his game after two players in particular.

“I love Shaun Livingston and Penny Hardaway,’’ Dozier said. “I love how, being big guards, they can play multiple positions.’’

Dozier exhibited his all-around skills while helping the Gamecocks advance to the Final Four this season. In the tournament, the sophomore averaged 15.6 points, 4.8 rebounds and 2.4 assists.

The Bucks, who have placed an emphasis on length in recent drafts and looking for backcourt help, interviewed Dozier at the pre-draft camp. Dozier has also piqued interest from Memphis, New York, Philadelphia, Miami, the L.A. Clippers, Portland, Oklahoma City and Utah.

Another big point guard who was interviewed by the Bucks at the camp is Kobi Simmons of Arizona. Simmons played off the ball with the Wildcats, but claims his natural spot is at the point.

The 6-5 Simmons opened a lot of eyes when he scored 18 points in his collegiate debut against Michigan State. He wound up averaging 8.7 points for the season.

“He’s still raw,’’ a scouting director said. “But he was highly recruiting coming out of high (a McDonald’s All-American from Atlanta), so you know he’s talented. He’s a combo guard; he showed he can play both guards spots pretty well. I’m intrigued by him.’’

Previous: Tapping Into The Numbers: 10 Stats You May Not Know About Derek Jeter
Next: Dorsey Wants To Be Greek Freak’s Teammate Again