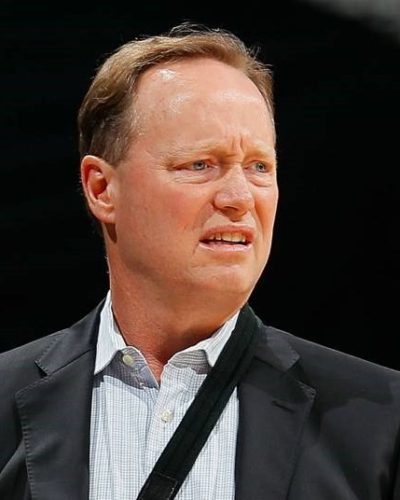 The Milwaukee Bucks are in a hole the size of the Grand Canyon.

They are down 2-0 to the Miami Heat in an NBA Eastern Conference semifinal playoff series and certainly realize the odds of winning the series are almost insurmountable.

History tells us only a small percentage of teams have crawled their way out of a daunting 2-0 deficit to win a best-of-seven game series. According to the Elias Sports Bureau, there have been 313 seven-game series. Just 21 times has a team trailing 2-0 gone on to win the series.

Yet, there is a slight ray of hope for the Bucks. They can draw inspiration from last season’s EC Finals. That’s when they grabbed a 2-0 lead over the Toronto Raptors, only to see the Raptors stage an amazing comeback and win the next four games.

On Tuesday, President Donald Trump paid a visit to Kenosha in the aftermath of the police shooting of Jacob Blake., who is now paralyzed.

But before Trump and Biden came to the city in southeastern Wisconsin, some NBA players almost did.

But the idea of going to Kenosha never got any real traction, the source said, as the players decided to resume playing.

Ersan Ilyaosva played a nice role off the bench for the Bucks during the regular season.

In the playoffs, though, Ilyasova has been glued to the bench. He played spot minutes in the opening round series against Orlando, getting a meager 23 minutes. Now, in the semifinals against Miami, Ilyasova hasn’t played a single minute in two games.

What a contrast from last season when Ilyasova played significant minutes in all six of the Bucks’ EC Finals games against Toronto. In that series, the fewest minutes Ilyasova played in any game was 11. In two games, he played 21 minutes.

Instead of continuing to give Ilyasova decent minutes in this year’s playoffs, Bucks coach Mike Budenholzer has opted to use Marvin Williams. It has brought mixed results.

Williams played solidly off the bench in the Orlando series, but has been a non-factor against Miami. He went 2 for 5 in the first game and then went 1-for -6 in Game 2. He has misfired on all four of his 3-point attempts.

While Budenholzer’s decision to pull Ilyasova out of the rotation is baffling, it’s becoming more evident Ilyasova isn’t likely to be on the Bucks’ roster next season. The team has an option on Ilyasova’s $7 million deal for next season but probably won’t exercise it because of luxury tax repercussions.

Izzo has turned down a few NBA gigs before but is apparently receptive to making a move to the pros, sources said. As for Bennett, he’s also drawn keen interest from some NBA teams in recent years. Several of his Virginia players now in the NBA, including Brooklyn’s Joe Harris and Justin Anderson and Indiana’s Malcolm Brogdon have raved about Bennett’s coaching ability and high character.

Self and Pritchard have a Kansas connection. While Self has been the Jayhawks’ head coach since 2003, Pritchard played for Kansas from 1986-1990.

Current Houston coach Mike D’Antoni, who is expected to leave the Rockets upon completion of the playoffs, appears to be the Pacers’ primary target.

Previous: Hader’s outing against Pirates was bad, historically bad
Next: Markus Howard is eager to prove the critics wrong again