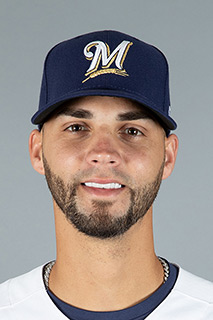 Back in 1971, Milwaukee Brewers relief pitcher Ken “Bulldog” Sanders led the American League with 83 games pitched. Those 83 games pitched has been the team record for more than four decades. Ray King fell one game short of the record in 2001 when he pitched in 82 games for the Brew Crew.

The record, however, may be seriously challenged this season if Brewers skipper Craig Counsell continues to use left-handed reliever Alex Claudio the way he has in the first 119 games of this season.

Through games of August 11, Claudio, who came to the Brewers last December in a trade with the Texas Rangers, has appeared in 63 games for the Brewers. He is on a pace to finish the season with 86 games pitched, which would surpass Sanders 48-year record for most games pitched in a season.

Claudio has been a workhorse over the last three seasons having appeared in 70 games for Texas in 2017 and 66 for the Rangers last season.

Here’s a look at the Brewers leaderboard of most games pitched in a season:

The major league record for most games pitched in a season is 106 held by Mike Marshall. He pitched in 106 games for the Dodgers in 1974.

Following are the nine times in MLB history where a pitcher appeared in 90 of more games in a season. Two pitchers, Mike Marshall and Kent Tekulve, did it three times each… Marshall did it with three different teams.

Previous: NFL preseason games may be more important than you think
Next: Sandy Cohen III is taking his game to Israel