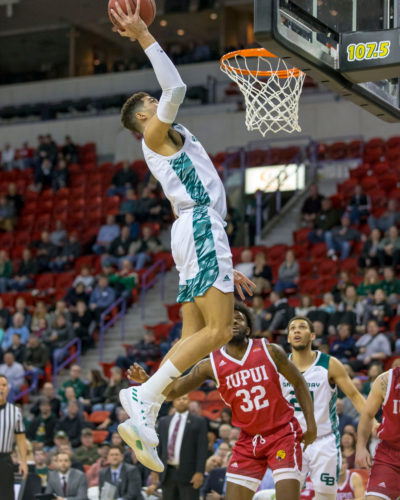 How long he stays there remains to be seen.

“The first year of his contract is fully guaranteed,’’ said David Hamilton, Cohen’s agent. “Then there are options (for Maccabi and Cohen), but it could be for as long as four years.’’

The 6-foot-6 Cohen was bypassed in the NBA draft in June but played for the Cleveland Cavaliers in the NBA Summer League in Las Vegas in July.

Hamilton said several NBA teams had expressed interest in having Cohen play for their G League teams and noted a slew of other foreign teams, including ones in Italy, Spain, Germany and Hungary, were interested in Cohen’s services.

“Sandy had a lot of really good options,’’ Hamilton said. “But they (Maccabi) do a great job of developing their young players and I think this will be a great opportunity for his game to grow.’’

One of the young players Maccabi has nicely developed is Deni Avdija, a 6-foot-8 forward who is projected to be a top 10 selection in the 2020 NBA draft.

Cohen is also expected to be joined on the Maccabi team by Omri Casspi, who has played the last 10 seasons in the NBA.

“Sandy Cohen is a very talented player whose potential can fit into a high level team like Maccabi,’’ coach Giannis Sfairopoulos said. “Maccabi has already shown that it wants to work with prospects and give them a chance, so we are very happy that Sandy is joining the club’s program.’’

Previous: Claudio is on pace to set Brewers record
Next: Who has the best passer ratings for NFL QBs at each age?