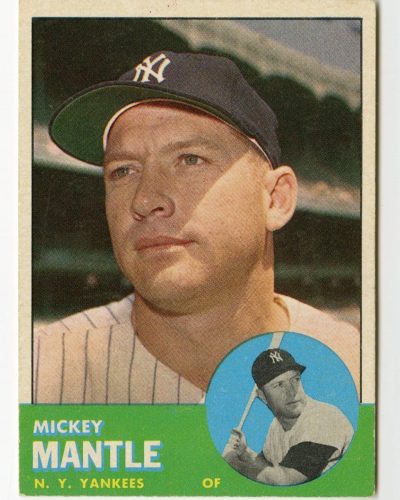 I came across this quote a couple of weeks ago. It is attributed to Yankees great Mickey Mantle. According to the “Mick”:

“During my 18 years (in the majors) I came to bat almost 10,000 times. I struck out about 1,700 times and I walked maybe 1,800 times. You figure a ballplayer will average about 500 at-bats a season. That means I played seven seasons without hitting the ball.”

Think about that for a second …. seven years without hitting the ball.

It got me thinking about whether or not Mantle was the only player who might fall into this category. To establish the standard, I looked to see how many players, like Mantle, had more than 1,500 strikeouts and 1,500 walks in their careers. There are six players on this list:

(Note: Tally up Thome’s strikeout and walk numbers and it adds up to 4,295. Using Mantle’s example, that’s eight and a half seasons without hitting the ball!)

If we drop the numbers down to 125 strikeouts and 125 walks in a season, there have been a dozen players who have reached the 125-125 milestone in a season. Three did it in two seasons… Jack Clark, Joey Votto, and McGwire. The other nine players who have done it once: Aaron Judge, Adam Dunn, Bryce Harper, Frank Howard, Jeff Bagwell, Jim Thome, Jim Wynn, Mike Schmidt, and Tony Phillips.

Previous: Today’s Sportstat: Raptors strive to do what few other NBA teams have done
Next: Raptors defy the odds without any lottery picks