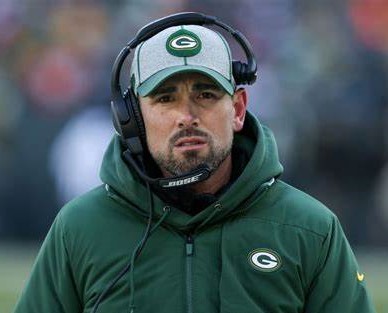 With the Packers set to play the Bears Sunday in the Windy City, let’s compare the teams’ offenses.

The Bears quarterback is Justin Fields and the Packers is Aaron Rodgers. Edge, by a wide margin, goes to Rodgers.

The Bears best running back is Khalil Herbert and the Packers is Aaron Jones. Edge, by a wide margin, goes to Jones.

Collectively, coach Matt LaFleur’s Packers clearly possess a more talented offense. But the statistics don’t support it. At least one important one doesn’t, and that’s average points per game.

Who would have ever thought that would occur this season?

The Packers’ impotent offense is the primary reason for Green Bay’s monumentally disappointing season and why, with a 4-8 record, their playoff hopes are hanging by a thread.

For the bulk of the season, the Packers’ offense has been offensive. In their first 11 games, they scored 17 or fewer points on six occasions. After those 11 games, the Packers were 4-7 and, for all intents and purposes, already out of the playoff picture.

Because of their ineptness on offense, the Packers’ train wreck of a season shouldn’t surprise anyone. After all, playoff-caliber teams light up scoreboards.

Now, here are the records of those four teams:

Those numbers should make it crystal clear that it’s the Packers’ offense, and not their defense, that has made this a season not-to-remember.

Previous: Tonyan could be at a crossroad with Packers
Next: Zielinski: Bears will barely beat Packers