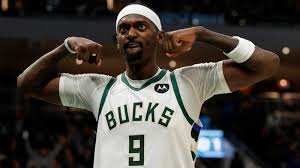 We’ll learn late Sunday afternoon whether the Milwaukee Bucks season is over.

If the Bucks lose, they won’t be playing another game again this season. And, if the latter occurs, there’s a possibility – perhaps even a strong one – that Bobby Portis’ and Pat Connaughton’s tenures with the Bucks will be over as well.

That’s because Portis and Connaughton – two veterans who played pivotal roles in the Bucks winning the 2020-2021 NBA title, have player options in their contracts.

It means Portis and Connaughton will be able to shop their services on the open market, with the Bucks being able to match any offer extended to them.

Whether the Bucks will match any offers thrown their way, though, is the big question.

Portis was clearly underpaid this season and will receive a hefty raise. Connaughton is also in line for a pay bump.

Portis’s salary this season is a paltry $4.37 million — a real bargain for the Bucks. The forward-center started 59 games (he played in 72) while averaging 14.6 points and 9.1 rebounds.

“He’s going to get, I believe, a contract for about $12 million, maybe $13 million a year,’’ an NBA executive said of Portis. “Now, whether that’s for three years or four years, I don’t know.’’

“There has been talk he’ll get that amount ($12-13M),’’ the official said. “I think when he (Portis) signed last summer and took a low salary, they had a verbal agreement in place that he (Portis) would get  lot more money and more than two years on his next contract.’’

While those officials agreed on Portis’ projected annual salary, another NBA official contends that figure may be low.

No NBA official contacted for this story believes Connaughton will get anything close to the money Portis will garner this summer.  Unlike Portis, they perceive Connaughton as an off-the-bench player, not a full-time starter.

Yet, they were all in agreement that Connaughton merits a nice pay hike. Connaughton, who is being paid $5.33M this season, averaged 9.9 points during the regular season – the highest in his seven-year pro career – in 65 games, 19 as a starter.

Connaughton also shot the ball well, connecting on 45.8 percent of his shots. His 39.5 percent 3-point shooting was the highest of his career.

“He’s a really nice guy to bring off the bench,’’ an NBA general manager said of Connaughton. “I like him. He deserves a raise for what he’s done for them.

“I’d think someone will pay him around $8 million.’’

Added another executive: “Connaughton is such an underrated player. He’s solid at both ends (of the floor), can shoot the 3, plays hard every night.

“But I don’t ever see him as a starter. SoI would imagine he’ll get somewhere around $7 million over the summer.’’

Added another NBA official: “He knows his role and he does it very well. I’m a fan. I’d probably give him about $8 million (a year).’’

On the surface, it would seem like no-brainers for the Bucks to retain Portis and Connaughton. But it isn’t that simple.

The Bucks are again in salary-cap hell. Their payroll is just a tad over $159 million. It is the fifth-highest payroll in the NBA. Their luxury tax will be gargantuan, roughly around $52 million. Tack that amount onto their $159M payroll and Bucks ownership will be shelling  out approximately $211M this season.

As such, the Bucks are virtually in the same predicament like last year. That’s when the Bucks didn’t retain PJ Tucker and Donte DiVincenzo because of luxury tax ramifications.

Sources said the Bucks refused to meet DiVincenzo’s salary demands on a new deal and then dealt him to Sacramento. Tucker, who played such an instrumental role in the Bucks’ run to the championship, was under the assumption he would get a sizeable pay raise and would remain with the Buck.

But then Tucker said the Bucks was told him to get an offer from another team. That rankled Tucker and he wound up signing with the Heat. If the Bucks had just matched Tucker’s $7M salary, they reportedly would have added an additional $29M to their luxury tax bill.

So, if some teams with ample salary-cap space decide to offer Portis and Connaughton more money than what the Bucks intend to offer them, they, like Tucker and DiVincenzo, will be moving on to new teams.

Previous: Bucks Nation has Reason to Worry
Next: Bucks’ blowout loss in Game 7 was one of the worst in NBA history