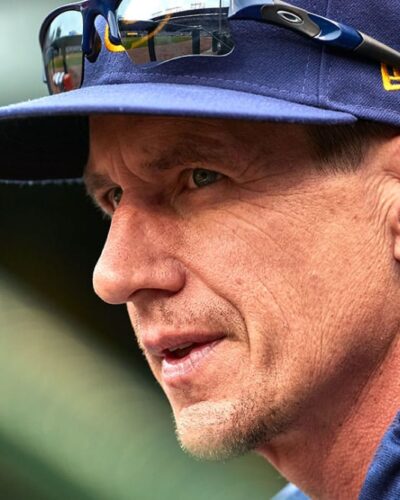 If everything works out, Craig Counsell sometime in June will likely become the winningest manager in Milwaukee Brewers history. Entering the 2022 campaign, Counsell has 529 victories as Brewers’ skipper, 34 wins behind Phil Garner who won 563 games as Brewers’ manager.

When this does happen, the obvious question will be: Is Craig Counsell the best manager in team history?

There are a lot of ways to go about answering this question. Based strictly on numbers, you can certainly make a case for Counsell as the GOAT. He will become the leader in wins; he has taken the team to four straight post-seasons, something no other manager for the team had ever done (in fact, no Brewers manager ever took the team to the post-season in two consecutive years). Over the last four seasons, the Brewers are one of only eight teams to amass 300 or more wins (they are seventh with 309 victories). And, if he makes it through another full season with the team, he will become only the second manager to skipper the team for eight seasons (Garner is the other).

His 1,008 games as Brewers’ manager are second to Garner’s 1,180, and his winning percentage prior to the start of this season is .525, third in team history behind Harvey Kuenn and Buck Rodgers. And let’s not forget that he has finished as runner-up for the NL Manager of the Year Award three times in the last four years.

That’s the stats side of the argument … a pretty compelling case for his being tagged the team’s managerial GOAT. The Brewers team over the seven-year tenure of Counsell for the most part have over-achieved; they have rarely been picked in a pre-season poll to win a division title. His team is the classic case of a squad that takes on the personality of the manager: scrappy teams who fight and claw their way, any way, to victory. On more than a few occasions these last few years, I’ve heard people say, “I don’t know how he (Counsell) does it, but he always finds a way for the Brewers to be competitive.”

This season, however, may be a little different. How, you ask? Expectations. The Brewers enter this season with arguably the best pitching staff in baseball. They have a bullpen led by award-winners Josh Hader and Devin Williams. The Brewers will probably not sneak up on anyone this season; in fact, unlike any season prior, there are expectations, expectations to win and win big … yes, even get to the World Series.

How will the Brewers managerial GOAT-in-waiting Counsell handle it?

Yes, four straight trips to the playoffs is impressive, but other than the 2018 trip to the NLCS, the post-season has not ended the way that the team would’ve liked. Part of what made former manager Harvey Kuenn such a beloved figure is that he was the skipped when the Brewers made their only World Series appearance in 1982.

That’s not to say that Kuenn is recognized as the Brewers managerial GOAT, but it does beg the question: Does Counsell have to get to the World Series as Brewers manager to be considered the best manager in team history?

So, when Counsell gets victory number 564 as Brewers’ manager, do you call him the best-ever? Or is there more he needs to do?

Previous: Prize recruit Antonio Reeves is taking calls from all over the country, including Wisconsin
Next: Massive Trevor Penning could fill a big Packer need