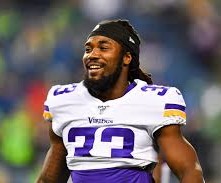 The Packers have rattled off four straight victories after a three-point loss to the Minnesota Vikings (7-8) on Nov. 21 in Minneapolis. On Sunday, the Packers (12-3) will try to revenge that defeat and remain in control of securing the top playoff seed in the NFC.

The Packers should have no problems defeating the Vikings in this second meeting between division rivals. They are playing at Lambeau Field, while the Vikings are without starting quarterback Kirk Cousins. Plus, Vikings running back Dalvin Cook is banged up, missing time with an injury and the virus this season.

Packers QB Aaron Rodgers is the favorite to capture the league’s MVP award. They also boast a reliable and dynamic running attack. As long as the Packers’ defense can slow down the Vikings’ rushing game and force a turnover or two, the Packers’ offense should not have to worry about being in a back-and-forth affair.

Don’t expect this game to be close. The Packers should blow out the Vikings.