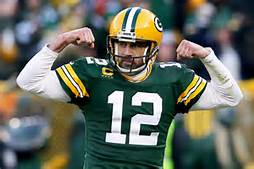 The oddsmakers in Las Vegas must be in the holiday spirit.

After all, they have installed the Packers as 12½-point favorites  to beat the Bears Sunday night at Lambeau Field.

By all accounts, the spread should be larger, much larger.

The Packers rank a modest 15th in points per game at 23.6. But don’t be misled. The Packers’ offense was unexpectedly sluggish out of the gates this season but now has found its groove. It’s starting to resemble the high-powered Packers offense of last season, one that averaged a league-best 31 points a game.

In their last two outings, the Packers put up 31 points against a solid Minnesota defense, and then racked up 36 points against the Rams, a quality defense.

Those combined 67 points were considerably more than the 48 points the Packers had garnered in their three previous games.

Aaron Rodgers had huge performances in those games against the Rams and Vikings, throwing for 692 yards and six touchdowns. He didn’t have a pass picked off.

Now, let’s look at the grisly Bears’ offense, which has virtually been AWOL all season. A trio of stats speak volumes of how offensive the Bears offense is:

We have seen a fair share of upsets in the NFL this season, but if the Bears beat the Packers – heck, if they even beat the spread – an immediate investigation should be launched.

Previous: Deguara could be Packers secret weapon down the stretch
Next: Packers should ‘bearly’ break a sweat