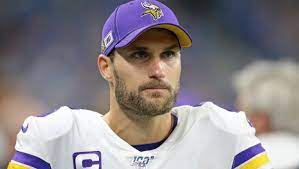 The Packers (8-2) have a well-rounded and complete team for the first time in years. They sit atop the NFC standings, boasting one of the league’s best defenses and a solid offensive unit.

After shutting out the Seattle Seahawks, 17-0, last Sunday at Lambeau Field, the Packers rank third in the NFL for the fewest yards and points allowed per game. On Sunday, the Packers’ defense will face another test in the Minnesota Vikings (4-5) in Minneapolis.

The Vikings feature a balanced offensive attack led by quarterback Kirk Cousins and running back Dalvin Cook. Statistically, the Vikings have a better offense than the Packers. They also rank towards the top in turnover differential at plus-6 with 12 takeaways and six turnovers this season.

The Vikings’ record isn’t necessarily an accurate reflection of their team. The five games they have lost this season have come by an average of 3.6 points per game, with their largest loss being seven points against the Cleveland Browns.

If the Packers can prevail, they will be in complete control of the NFC North and remain in the hunt for the conference’s top seed. U.S. Bank Stadium isn’t an easy place for visiting teams to play, and this game figures to be tight.

The Vikings have the pieces to compete with the Packers, but expect the Packers to prevail in a close contest.