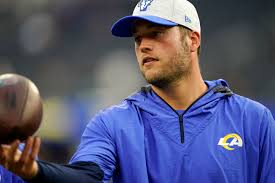 The Packers (8-3) have lost two of their last three games, while the Rams (7-3) are riding a two-game losing streak. Both teams desperately need a victory to remain in the hunt for the top seed in the NFC.

Sunday’s contest will come down to the Packers’ defense versus the Rams’ offense.

Defensively, the Packers rank towards the top in the fewest yards and points allowed per game in the NFL this season. The Packers are allowing 19.5 points per game, the fifth-fewest in the NFL, and have shut down opposing teams at Lambeau Field, surrendering 11 points per contest in Green Bay.

On the other side, the Rams feature an explosive offense led by quarterback Matthew Stafford. The Rams are a pass-first team, with Stafford targeting receiver Cooper Kupp about double the number of times compared to any other receiver on the roster.

The Rams also feature running back Darrell Henderson in the backfield. Henderson is a young and explosive back who is averaging 4.7 yards per attempt.

Defending and slowing down the Rams’ offense will be a test for the Packers, especially after they allowed an uncharacteristic 34 points against the Vikings last week.

While the Packers have the talent to win, the Rams will find a way to escape with the victory.

Previous: Packers will be put to the test by Vikings
Next: Deguara could be Packers secret weapon down the stretch