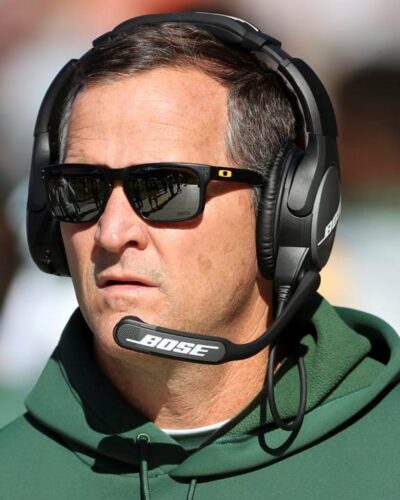 All eyes will be on Love, whom Packers officials strongly believe will be Aaron Rodgers’ heir apparent.

How well the 23-year-old Love acquits himself figures to be a major factor in whether the Packers can beat the odds – they’re 7.5-point underdogs – and the Chiefs in raucous Arrowhead Stadium in Kansas City.

The gut feeling here is Love, whom the Packers traded up to select in the 2020 NFL draft, will be just fine. You can fully expect Packers coach Matt LaFleur to concoct a game-plan that plays to Love’s strengths

You can also fully expect LaFleur’s game-plan to include a heavy dose of Aaron Jones and AJ Dillon, or one similar to last week when Dillon carried the ball 16 times for 78 yards and Jones toted the ball 15 times for 59 yards in the Packers’ 24-21 victory over previously unbeaten Arizona.

What the Packers have to be more concerned about than Love’s performance is how well its defense holds up. That unit has, with the exception of a humbling 38-3 setback to New Orleans in the season opener, played at a fairly high level.

Joe Barry’s defense has limited opponents to 22 or fewer points in six of the seven games since the Saints’ debacle. They’ve also limited four teams to 17 or fewer points.

For the season, Barry’s bunch ranks seventh in the 32-team NFL for yards allowed per game, an impressive 331.8 yards.

But the Packers’ defense will be severely tested by the Chiefs’ offense. Despite their 4-4 record, the Chiefs still have one of the most potent offenses in the league. Despite sub-par seasons so far by their “Big Three’’ of quarterback Patrick Mahomes (19 TDs, 10 picks), receiver Tyreek Hill (11.5 yards per catch, his lowest since his rookie season in 2016) and tight end Travis Kelce (four TDs through eight games compared to 11 TDs in 15 games last season), only three other teams – Dallas, Tampa Bay and Baltimore – have averaged more yards per game than the Chiefs (412.9).

If the Packers’ defense delivers another prime-performance and prevents the Chiefs’ offense from going crazy, the Packers could pull off yet another upset.

Previous: A Packers’ victory doesn’t appear to be in the Cards
Next: Zielinski: Packers, Love will be just fine against Chiefs