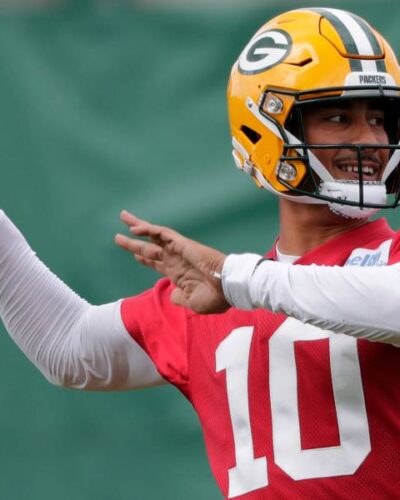 Anticipation for today’s matchup between the Green Bay Packers and the Kansas City Chiefs took an interesting turn earlier this week. The Packers found out they will be without the reigning MVP in quarterback Aaron Rodgers, who tested positive for COVID-19.

It was an unexpected occurrence for the Packers, who are riding a seven-game winning streak. But Rodgers’ absence isn’t the end of the world for the Packers (7-1).

The Chiefs (4-4) have not performed up to the same level they did the last two years when they were the AFC’s top team. QB Patrick Mahomes has thrown 10 interceptions while their defense ranks near the bottom in yards and points allowed per game.

Packers coach Matt LaFleur prefers to run an offense predicated on the rushing attack. Aaron Jones and AJ Dillion have served as a two-headed monster out of the backfield. Expect the Packers to rely on them heavily against the Chiefs on Sunday at Arrowhead Stadium.

If the Packers focus on running the ball, second-year quarterback Jordan Love will thrive in the passing game, especially on play-action plays. Love performed well in the preseason and flashed promise in the Packers’ Week 1 loss to the New Orleans Saints.

Expectations aren’t high for the Packers on Sunday. While most are counting the Packers out, don’t be surprised if they pull off the upset against the Chiefs.

Previous: Packers ‘D’ needs to bring its A-game against Chiefs
Next: Packers should benefit from motivated Rodgers