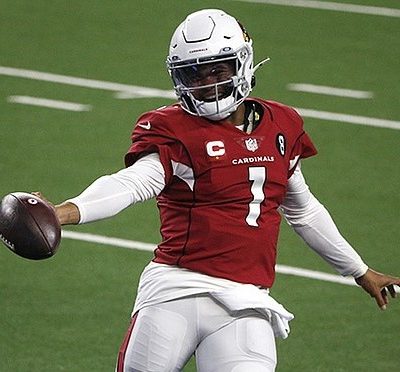 The Green Bay Packers will have their biggest test of the season tonight when they face the undefeated Arizona Cardinals on the road.

The Packers (6-1) have won six straight games with quarterback Aaron Rodgers throwing 15 touchdowns and one interception in that span.

On the other sideline, the Cardinals (7-0) are the only undefeated team left in the NFL. QB Kyler Murray has improved his decision-making, as he has guided an explosive offense this season.

The Cardinals’ offense is built off the running game, with Chase Edmonds and James Conner serving as a one-two punch at running back. The team’s receiving group received a recent boost with the addition of highly-talented tight end Zach Ertz. Besides Ertz, receivers DeAndre Hopkins (who is questionable for the game), Christian Kirk, A.J. Green and Rondale Moore give Murray plenty of options in the passing game.

The Packers will have their hands full with the Cardinals’ receiving core. They also will have to keep an eye on Murray, who has the speed and skills to make plays with his feet.

The Packers will need to control the time of possession and rely on the running game to combat the Cardinals’ offensive firepower. The loss of Davante Adams doesn’t help the Packers’ chances, but it doesn’t hurt them either. It will force Rodgers to spread the ball to other receivers and cause the Cardinals to not key in on one receiver.

It wouldn’t shock me to see the Packers pull out a victory. But the Packers haven’t played well on the road, outscoring their opponents by just five points per game in their road victories this season. It also doesn’t help the Packers had less than a whole week to prepare for the Cardinals.

Previous: Packers need to run it up on Cardinals
Next: Packers ‘D’ needs to bring its A-game against Chiefs