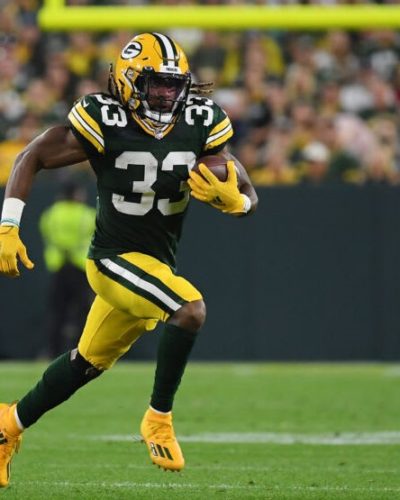 Home » Gery's Blog » Packers need to run it up on Cardinals

The Green Bay Packers are expected to be without two of their starting receivers Thursday night when they exchange unpleasantries with the Arizona Cardinals.

But even if the Packers were to have Davante Adams, one of the best receivers in the game, and Allen Lazard, it would still be a tall task for the Packers’ passing game.

After all, the Cardinals are one of the NFL’s stingiest teams against the pass. They rank third among the league’s 32 teams in fewest passing yards per game at 201.

Overall, the Cardinals are an elite defensive team; they rank fourth overall in total yards per game at 316.7.

The Vikings accumulated 117 rushing yards in the second game of season against the Cardinals, and the 49ers amassed 152 yard on the ground against them.

By effectively running the ball, Minnesota and San Francisco kept Arizona’s potent offense in check: Minnesota’s time of possession was 28:08 and Arizona’s was 31:52. San Francisco won the clock battle: 31.54-28.06. The 49ers had two legit chances to score in the final period but couldn’t convert on fourth-down attempts.

If the Packer are to compete, and even upend the Cards, they’ll have to use the same formula used by the Vikings and 49ers. And the Packers have the right ingredients do that. In Aaron Jones and AJ Dillon, the Packers have one of the best one-two running back punches in the league.

Jones, in particular, needs to bring his A-game. In the Packers’ season opener against New Orleans – the Packers only loss – Jones carried the ball a meager five times.

Last Sunday, against Washington, Jones carried the ball just six times, but that was somewhat understandable as Washington had the worst pass defense in the league.

But Packers coach Matt LaFleur needs to call on Jones early and often against the Cardinals and hope for the best.

Previous: Packers could roll behind O-line
Next: A Packers’ victory doesn’t appear to be in the Cards