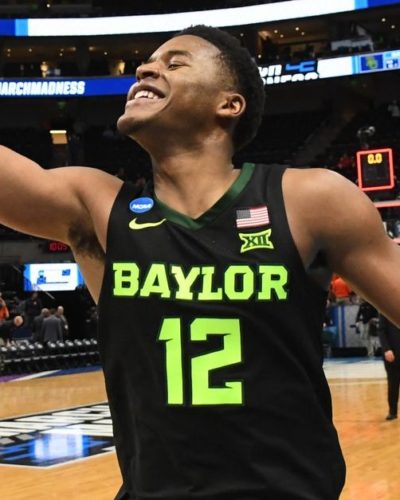 There have been numerous instances over the years where the Milwaukee Bucks, like every NBA team, had to make a difficult decision concerning a potential draft pick.

Moncrief not only played 11 seasons but he was a five-time All-Star, a two-time Defensive Player of the Year and is now in the Naismith Memorial Basketball Hall of Fame.

While Bogut didn’t live up to the expectations of a No. 1 pick, he nevertheless played 15 seasons and collected a few individual awards along the way – All-NBA Rookie first team, All-NBA third team and All-Defensive second team. He also picked up a championship ring after playing a key role in the Golden State Warriors winning the 2015 title.

Brogden was chosen the Rookie of the Year and now, as a member of the Indiana Pacers, is considered one of the best two-way players in the league.

Bucks officials also had major concerns, which proved to be justified, with Joel Embiid in the 2014 draft. While the Bucks loved Embiid’s immense basketball skills, they were quite concerned about Embiid’s back and knee woes that it made their decision to select Jabari Parker with the second overall pick all the easier. Unfortunately for Parker and the Bucks, he would suffer two anterior cruciate ligaments injuries to severely hamper his career.

Which brings us to Thursday night’s NBA draft. There’s a possibility the Bucks may face another tough decision regarding a potential draft pick.  That’s because Jared Butler, a talented all-around guard who helped Baylor win the NCAA championship, may still be on the board when the Bucks make their first pick, the 31st overall.

Butler, whose rock solid all-around game resembles Brogden’s in many ways, was considered a lock to be picked in the 20 range. And he still could. But some NBA officials believe Butler may slide, possibly to the Bucks.

“He could be there for Milwaukee,’’ an NBA scouting director said. “I’m hearing he’s sliding a bit.’’

Butler, who was a consensus first-team All American after averaging 16.7 points and 4.8 assists last season, has knee issues and a heart condition that has some teams concerned.

Despite those physical issues, Butler didn’t miss a game or practice while a junior at Baylor last season. But he was referred last month to the NBA’s fitness-to-play panel, which eventually cleared him.

“We’ve had (NBA) players who had heart issues but this, from what I understand, is different,’’ an NBA official said. “So, there’s a bit of an unknown.

The Kings are also receptive to moving power forward Marvin Bagley III., who was the second overall pick in the 2018 draft.