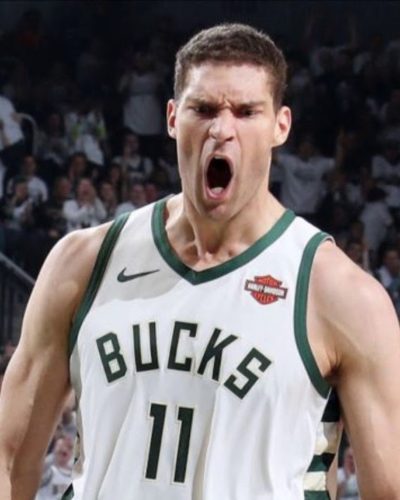 The NBA has had a long history of players, mostly those of the superstar ilk, who made it a habit of whining to officials.

This season isn’t any different — although there is a perception among some NBA officials that even more fringe NBA players are getting into the whining act.

So, who are foremost “whiners’’ in the game today?

In an informal survey of four NBA officials — an NBA exec, two scouts and a coach – there was one player who clearly stood above the others when it comes to complaining on the court.

“LeBron is whining all the time,’’ a veteran scout said of James. “He’s been a whiner since day one.’’

Added another longtime scout: “LeBron sure does (whine). But you know what? When I’ve seen him complain to an official, he’s usually right.’’

The executive said since James has been and still is the face of the NBA, he has exceptional clout, that he’s been granted considerably more latitude to complain about officials.

“Whatever LeBron wants, LeBron gets,’’ the exec said. “He’s beyond reproach. He really is. And he knows it.’’

While James remains the king of whiners, there may be, according those surveyed, an heir apparent. That’s Luka Doncic, the Dallas Mavericks’ abundantly talented young guard.

“Don’t get me started on Doncic,’’ one scout said. “He just doesn’t stop b——g. It’s unbelievable. Every game I’ve scouted, that’s all he does.’’

Said the NBA exec about Doncic: “You got LeBron and then you got Doncic. Those two … they never let up.’’

Even Doncic admits he has to tone down his whining. After a game against Brooklyn last week, Doncic said, “This season has been long, with the officials. I wasn’t myself this season. I’m complaining way too much, and I’ve gotta work on that. I just have to stay calm and not talk to them.’’

Doncic has paid a price for his whining; as he and Philadelphia’s Dwight Howard have been among the league leaders in technical fouls this season. . But Doncic wasn’t the only young star whom the previously mentioned NBA officials mentioned when asked to name the biggest pain in the butts for NBA officials.

“Devin Booker is moving into that category,’’ a scout said of Phoenix’s sharp-shooting guard. “Whenever he doesn’t get a call to go his way, watch his body language. He gives you that negative look, like he didn’t do anything wrong.’’

Some other players who were prominently mentioned as “whiners’’ included Golden State’s Draymond Green, Atlanta’s Trae Young, the Los Angeles Clippers Patrick Beverly (“He’s always yapping,’’ a coach said), and Phoenix’s Chris Paul (“He ranks up there with the best of them,’’ the coach said).

Green and Westbrook are tied for third with 14 technical fouls, with Booker ranking fifth with 12.

As for the Milwaukee Bucks, those surveyed said two players – veterans Brook Lopez and Khris Middleton – have exhibited a noticeable penchant for arguing with officials.

As for Middleton, one scout said, “I like Middleton. I think he’s a good player, but he’s not a great player. There are times when he thinks he’s a great player and thinks he should get calls. I really noticed a change in him toward officials the last couple seasons.’’

As for Lopez, who tops the Bucks in technical fouls with six, the other scout quipped: “Has Lopez ever committed a foul?’’

He then added: “I’ve seen a bunch of games where Lopez clearly fouled and then he’ll get in an official’s face and complain. He does that all the time. You just want to tell him, ‘Common man, grow up.’ ’’

Previous: Rodgers is way off the mark on criticizing Gutekunst
Next: Portis, Tucker will likely be ex-Bucks next season