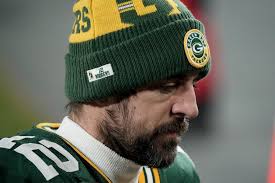 Perhaps Aaron Rodgers should look in the mirror.

Just the other day, Rodgers added more fuel to the fire surrounding his tenuous future with the Green Bay Packers when it was reported he had major issues with Packers general manager Brian Gutekunst. The report said Rodgers wanted Gutekunst summarily fired.

Rodgers should be thanking his lucky stars Gutekunst is running the Packers player personnel department. What he has accomplished in his four years as the team’s GM is undeniably impressive. What he has done to bolster the Packers from a run-of-the-mill outfit to a certifiable Super Bowl contender should be genuinely appreciated and respected by Rodgers.

Sure, youcan question Gutekunst’s decision to draft Jordan Love in the first round lastyear – and I have – and even his selection of running back AJ Dillion in the second round last year – and I have. And there are probably some other calls Gutekunst made that are questionable.

But Rodgers, at least according to one report, wasn’t only miffed with the Love selection – which is understandable if you’re Rodgers and your ego is Charmin soft – but was also rankled with Gutekunst’s decision to cut young receiver Jake Kumerow.

In a tweet by Ian Rapoport, a well-respected reporter for the NFL Network, Gutekunst’s decision to jettison Kumerow “drove Rodgers nuts.’’ Rapoport added the move “was described as a little bit of a death knell in the relationship’’ with the Packers and Gutekunst.

Now, I likeKumerow. We’re fellow UW-Whitewater alums. Yet, let’s not equate Kumerow with Davante Adams or DeAndre Hopkins or Tyreke Hill or any of the other elite receivers in Roger Goodell’s kingdom.

Kumerow is,at best, a No. 3 receiver. On a playoff-caliber team, he’s probably the fourthor fifth receiver, which is the case with him now in Buffalo.

If letting go of Kumerow was indeed a critical issue in the rift between Rodgers and Gutekunst, shame on Rodgers. After all, Gutekunst has done a slew of commendable things to help Rodgers and the organization, moves Rodgers should be grateful for, moves that aided him in becoming the reigning MVP. 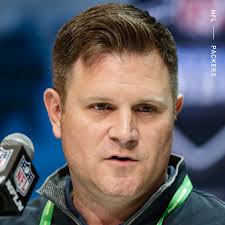 Gutekunst, unlike his predecessor Ted Thompson, has been extremely aggressive in free agency. Gutekunst brought Za’Darius Smith to Green Bay; he brought Billy Turner to Green Bay, he brought Adrian Amos to Green Bay. All were instant starters. All were clear upgrades for the Packers.

And Gutekunst has acquitted himself well in the draft, especially compared to most of his counterparts in the league. He drafted Elgton Jenkins. He drafted Darnell Savage. He drafted Jaire Alexander. He drafted Rashan Gary. Those were all damn good picks.

Of course, you can safely assume Rodgers’ beef with the Packers’ front office is much more complicated than the Packers releasing Kumerow and drafting Love. And whether we’ll ever learn of the real reason for his discontent is anyone’s guess.

We do know the Packers and Rodgers are headed for a messy divorce. Last Thursday, which was the first day of the NFL draft, I was in communication with some NFL officials. The conversations we had were mainly about the draft. When the topic of Rodgers’ desire to move on from Titletown arose, we casually dismissed them. I was firmly convinced Rodgers wasn’t going anywhere and that the Packers would never, ever agree to trading their hall of fame in-waiting quarterback.

I asked one official, in a sort of kidding way, if he thought the Packers would accommodate Rodgers’ alleged request and trade him. The official’s response floored me: “They want to.’’

The Packers were trying to trade Rodgers?

And they were open to trading him on the night of the draft?

The official then added he wasn’t “sure they (the Packers) would get it done tonight, but it’s legit.’’

Rodgers wasn’t traded that night, but one gets the distinct impression No. 12 will be plying his craft in another zip code sooner than later. It’s amply apparent Rodgers desperately wants out of Green Bay. And that’s fine. Pro athletes, like most people, change jobs.

But Rodgers shouldn’t be bashing Gutekunst. He needs to be more critical of his own play. As gifted as he is, Rodgers has clearly underperformed in some big-time games. He has a 1-4 record in NFC championship games.

His highly questionable decisions during a first-and-goal series from the 8-yard line in the waning minutes of last season’s NFC Championship game against Tampa Bay may have cost Green Bay a trip to the Super Bowl.

Rodgers should heed his own advice and R-E-L-A-X and cease painting Gutekunst as the bad guy in this sordid saga. It isn’t fair and it most certainly isn’t accurate.