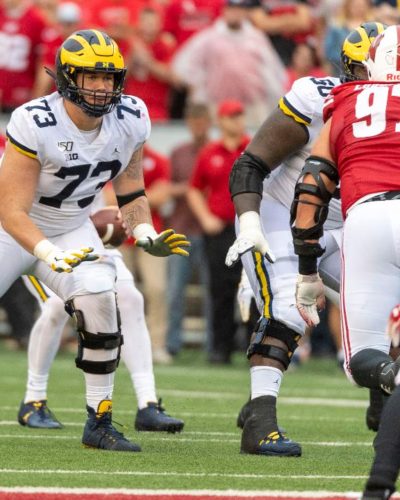 What we have come to learn about Brian Gutekunst is to expect the unexpected.

Gutekunst has vividly demonstrated since he became the Green Bay Packers general manager in 2018 a willingness to think outside the box and do unconventional things, especially when it pertains to the NFL draft.

Case in point: last year’s draft. That’s when Gutekunst’s first two selections were ones few observers expected: He selected a quarterback (Jordan Love) in the first round and a running back (Algiers Jameal Dillon Jr.) in the second round. He made those choices even though the Packers already had stars at both positions in Aaron Rodgers and Aaron Jones, respectively.

So, what does Gutekunst have up his sleeve for this year’s draft, which commences on April 29? Certainly, the Packers have several needs and could use a defensive end, inside linebacker, cornerback and wide receiver.

But the biggest hole Gutekunst has to plug is offensive tackle. Veteran Rick Wagner, who was a part-time starter at right tackle, was released, and David Bakhtiari, a perennial Pro Bowl selection, is recovering from anterior cruciate ligament surgery. It’s uncertain when Bakhtiari will return to action.

Fortunately for the Packers, this draft class is laden with intriguing and talented offensive tackles. Yet, it’s hardly a lock they’ll be able to land an instant starting OT with their first pick – currently the 29th overall.

A pair of longtime NFL executives contacted for this article agreed the Packers would either have to move up in the draft, or perhaps reach for a player who has more early second-round grades.

The consensus best offensive tackle in the draft is Penie Sewell of Oregon. Rashawn Slater of Northwestern is regarded as the second-best OT. Both are considered top 14 picks.

Then, according to the aforementioned NFL officials, Alijah Vera-Tucker of Southern California, Christian Darrisaw of Virginia Tech and Teven Jenkins of Oklahoma State are the next highest rated OTs on the board.

All three of them could be gone, though, when the Packers make their initial pick at 29. One NFL scout contends they could even be picked in the middle of the first round.

It’s no secret the Miami Dolphins (the 18th pick) and Chicago Bears (No. 20) are in the market for an OT. The Dolphins have shown keen interest in Vera-Tucker, who can also play guard, while the Bears have shown strong interest in Darrisaw.

However, both officials said they could also see at least of those tackles – most likely Darrisaw – sliding to the Packers. One scouting director believes the Packers, if so inclined, could probably get their choice of either Vera-Tucker, Jenkins or Darrisaw by moving up about five spots.

Gutekunst hasn’t been shy about moving up or down in the draft. In each of the three previous drafts, he traded out of the team’s original first-round position. Last year, he moved up four spots – from 30 to 26 — to nab Love.

Gutekunst has plenty of ammo at his disposal to navigate the draft for the fourth straight year as the Packers have a plethora of draft capital. Besides having their own pick in rounds one through three, the Packers also have two fourth-round, two fifth-round and two sixth-round picks. They also have a seventh-round pick.

Here are capsule summaries on Vera-Tucker, Darrisaw and Jenkins:

The skinny:  Darrisaw stepped into the starting lineup as a true freshman and developed into a dominating performer. Scouts like the fact he could man either the left or right tackle positions.

Darrisaw, who is fluid and strong and figures to make a relatively seamless transition to the pros, has been helped during the draft process by former Packers and Bears guard Josh Sitton.

“We’ve been breaking down different defensive schemes,’’ Darrisaw said, referring to Sitton. “Like the over-under front, bear. Just the little things like that. It’s like coming in as a rookie and learning the playbook.’’

The skinny: Vera-Tucker in some ways is similar to current Elgton Jenkins, the Packers’ jack-of-all-trades offensive lineman. Vera-Tucker started at left guard in the 2019 season and then at left tackle in the 2020 season, excelling at both spots. 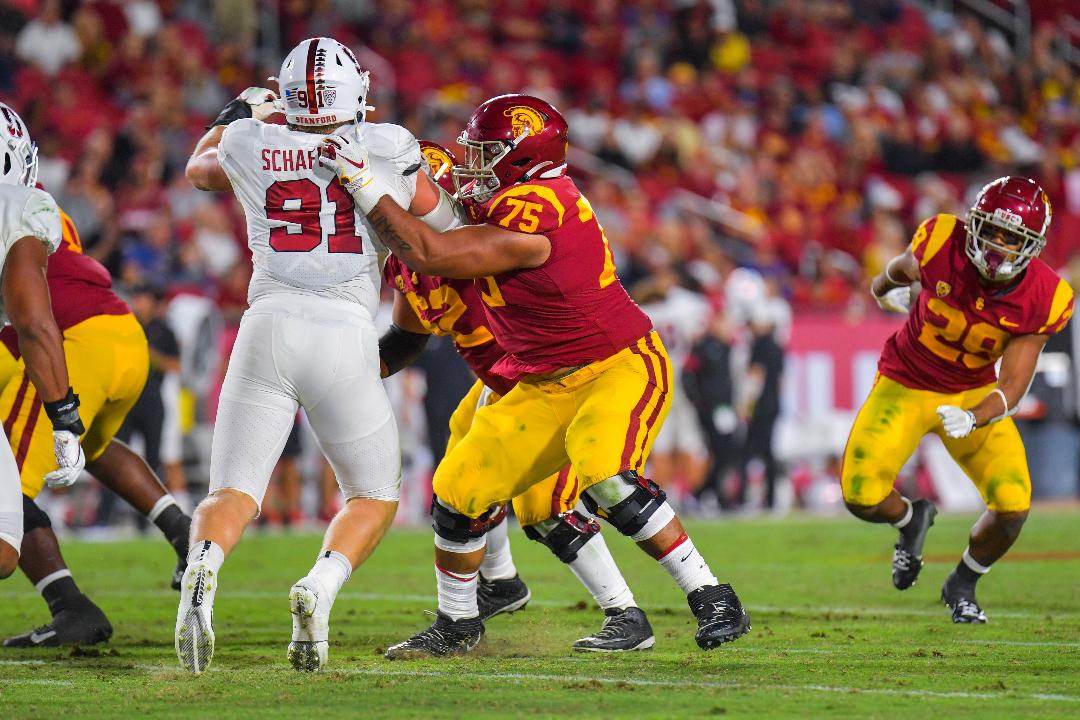 Vera-Tucker, a red-shirt junior who is coming off an outstanding season, has light, quick feet and is a reliably good run blocker.

One of the few knocks on Vera-Tucker is his passing blocking. He has a tendency is not holding his ground and being pushed into the pocket. But scouts feel that is a minor issue and is correctable.

The skinny: Jenkins has the distinction of not having allowed a sack in two seasons, according to Pro Football Focus. With his strength and nasty streak, Jenkins could be a high-end run blocker in the NFL and be a perfect fit for the Packers’ running attack.

Former Washington general manager Charley Casserly is a big fan of Jenkins and contends Jenkins is every bit as former Packers standout Bryan Bulaga, whom the Packers made the 23rd overall pick in the 2010 draft.

Bulaga played with the Packers until 2019 before signing with the Los Angeles Chargers, 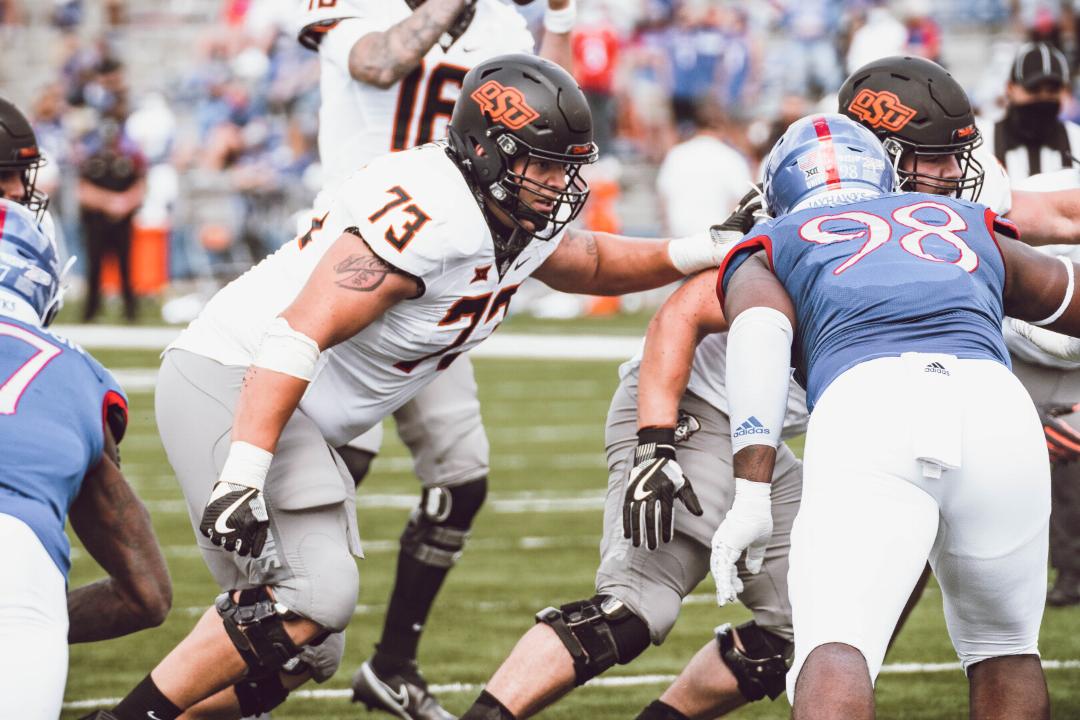 If Jenkins, Vera-Tucker or Darrisaw aren’t available for the Packers at 29, they may have to make a difficult decision: whether to take Alex Leatherwood.

Leatherwood, who started exclusively at right tackle during his stellar career at Alabama, has drawn mixed reviews from some NFL scouts. Some question how quickly he’ll pick up a new, more sophisticated system.

However, there are other NFL officials who are enamored with his physical skills and versatility. They believe Leatherwood, who is 6-6, 310, could play LOT and even perhaps at guard.

“People are all over the map (about where he should be drafted) but I think he’s pretty good,’’ said an NFL personnel official with more than three decades of scouting. “He’s talented enough to play any position really. But for them (the Packers), he’d be there right tackle.’’

If the Packers can’t land an offensive tackle in the first round, they should have some nice choices in the second round, which is where they drafted Jenkins with the 44th overall pick in the 2019 draft.

Michigan’s Jalen Mayfield, a strong runner block, and Texas’ Samuel Cosmi who, at 6-7, has excellent agility. Both could sneak into the first round but are generally considered early second-round picks.

Dillon Radunz of North Dakota State, Liam Eichenberg of Notre Dame and James Hudson of Cincinnati are also second-round projections and might be available when the Packers use the 62nd overall pick.

Previous: Zielinski: Brewers are cream of Central Division crop
Next: Botched Bogdanovic trade looks worse by the game for Bucks