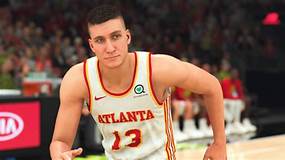 If you recall, the Bucks were all set to acquire Bogdanovic, one of the best shooters in the NBA, from the Sacramento Kings and would have seemingly given up little in return.

The deal called for the Bucks to send Ersan Ilyasova, Donte DiVincenzo and D.J. Wilson to the Kings for Bogdanovic and Justin James.

Sources told me before the attempted trade that Bogdanovic wanted out of Sacramento and was hoping he’d land up either in Philadelphia or Milwaukee. Bogdanovic’s desire was to reunite with then Bucks guard George Hill. Bogdanovic and Hill became close friends while they were teammates with the Kings.

The trade never materialized because of the Bucks violated league rules pertaining to the signing of a free agent. Not only did the NBA rescind the trade, the NBA penalized the Bucks by taking away their 2022 second-round pick.

Several NBA sources said the culprit for the Bucks’ botched trade was a team executive who, despite his egregious blunder, still remains in the organization.

There’s little doubt the acquisition of Bogdanovic would have significantly bolstered the Bucks’ title hopes. They needed another potent scorer who could stretch defenses with his long-range accuracy.

But instead of playing an integral role for the Bucks, Bogdanovic is playing a critical role for the surging Atlanta Hawks. With Bodganovic as their starting shooting guard, the Hawks, who were expected to be a fringe playoff team in the Eastern Conference this season, have soared into fourth place – 4½ games behind  third-place Milwaukee which was an overwhelming favorite to win the conference for the third year in a row.

The Hawks have won six of their last seven games with Bogdanovic playing at an All-Star level. To wit;

The man can flat out shoot the basketball.

“If they had him (Bogdanovic), they’d probably have four or five more wins,’’ an Eastern Conference executive said. “And their (the Bucks) chances of going deeper into the playoffs would have been better.

“Bogdanovic is a better player than DiVincenzo, for sure. There’s no question about that. ‘’

Added a general manager: “Anyone would take Bogdanovic over DiVincenzo, (Bryn) Forbes and (Pat) Connaughton,’’ an NBA general manager said, referring to the Bucks’ shooting guard corps. “How that guy who f—– up that trade is still working for that team … Unbelievable.

“(Jrue) Holiday and Bogdanovic would have been one formidable backcourt. And to put them with (Khris) Middleton and Giannis (Antetounmpo) would have made them really good.

“Now … you have to wonder where that team is headed in the playoffs.’’

It’s amply apparent the Bucks brass has serious concerns about DiVincenzo’s abilities. If they didn’t, they would have never been so willing to package him for Bogdanovic.

More than a few NBA officials believe DiVincenzo, whom Bucks coach Mike Budenholzer wanted with the 17th overall pick in the 2018 draft,  is more suited coming off the bench for a good team.

While extremely competitive, team-oriented and a hard worker, DiVincenzo has been wildly inconsistent on offense and has frequently had mental lapses on defense this season.

Another factor that could come into play with DiVincenzo’s future with the Bucks is their impending salary cap issues. The Bucks will have serious salary cap issues for the next several seasons and will undoubtedly be looking to dump contracts to avoid paying a hefty luury tax. DiVincenzo is scheduled to make $4.675M next season.

Previous: Packers need to tackle major concern via the draft
Next: Pass rusher should be on Packers’ radar