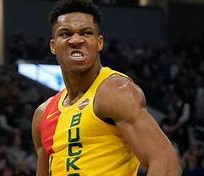 The other night Milwaukee star Giannis Antetokounmpo was given a technical for taunting. After throwing down a dunk, Antetokounmpo stared at Minnesota’s Karl-Anthony Towns for several seconds while flashing his so-called “Mean Mug.’’

It wasn’t the first time Antetokounmpo has taunted an opponent with a “Mean Mug’’, and it probably won’t be the last if league officials continue to allow the two-time MVP to get away with it.

It goes without saying Antetokounmpo would have paid a steep price for his shenanigans in a different era of the NBA. Can you imagine the consequences Antetokounmpo would have incurred if he mean-mugged Charles Oakley, or Bill Laimbeer, or Wes Unseld, or Rick Mahorn, or Maurice Lucas or any of the other “Enforcers’’ of past years. They simply wouldn’t have tolerated Antetokounpo’s action, especially if he had belittled them in front of their peers, coaches and fans.

While talking to a former NBA center the other day, the subject of Antetokounmpo’s “Mean Mug’’ antics was brought up. I asked him what would have happened if Antetokounmpo would have displayed such unprofessional behavior against him.

His voice trailed off before he added, “It’s a different game today, but I know if I or some other guys from my time would have had that happen to them, it would have been ugly.’’

No MVP three-peat for Antetokounmpo

Antetokounmpo is putting up MVP-type numbers once again this season, but his team, unlike the past two seasons, has been one of the biggest underachievers in the league.

The Bucks, who posted the league’s best regular-season records the last two seasons, were a bitterly disappointing 16-13 just over a week ago before winning three straight games against three dregs — Oklahoma City (13-19), Sacramento (12-20) and Minnesota (7-26) — and barely outlasting New Orleans, which is 14-18.

In light of the Bucks’ sub-par play, Antetokounmpo’s chances of adding another MVP trophy this season have already disappeared. In a recent poll of 15 media members conducted by Michael Scotto of HoopsHype.com, Antetokounmpo finished a distant ninth in the voting.

Middleton is an expensive non-All-Star

Khris Middleton is the latest example of how you don’t have to be an All-Star but still get paid like one.

The Milwaukee Bucks veteran small forward was passed over for the upcoming All-Star Game in voting by the fans, media and league coaches. He was also passed over as a replacement for the injured Kevin Durant.

Middleton is the 15th-highest paid player in the league this season, collecting a whopping $33,051 million. But Middleton, an All-Star reserve the last two seasons, isn’t the only extremely well-paid player who won’t be in this year’s All-Star Game. Here are some others:

With the NBA trading deadline fast approaching, the rumor mill is starting to crank up.

Perhaps the most targeted trade candidate is Cleveland center Andre Drummond. It’s no secret the Cavaliers are looking to move Drummond, and it’s no secret a slew of teams, especially title-contending ones, are keenly interested in the 27-year-old’s services. 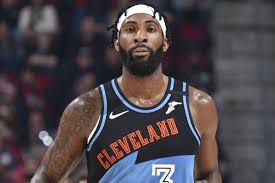 Drummond is a defensive force and is averaging 13.5 rebounds, the second-best in the league, and 1.2 blocked shots. He’s also having another solid offensive season, averaging 17.5 points.

“All of those teams in the East know they need an established and reliable big if they were to face Embiid or Giannis in the playoffs,’’ an Eastern Conference executive said.

Two key factors for the Bucks’ success the last two seasons were some exquisite chemistry and overall depth. The Bucks have neither this season.

The Bucks bench is a collection of average-to below-average players and simply inadequate for a title contender. If the Bucks expect to make some noise in the playoffs, they’ll undoubtedly need to bring in at least one, if not two, veterans who can shore up their rotation.

With seemingly no inclination to spend money and pay the luxury tax and, with GM Jon Horst having virtually mortgaged the team’s future — he dealt three No. 1 picks (all unprotected) to acquire Jrue Holiday, the Bucks options are clearly limited.

One player who could come at a small price and help them is Glenn Robinson III, who was recently released by Sacramento and whom the Bucks have shown interest in in the past.

“I think he’s a solid player,’’ a player personnel official said of Robinson. “His shot is pretty good; his defense is pretty good. I think he’d be a handy pickup for a team like the Bucks looking for an off-the-bench guy.’’

I was told the Bucks were hoping to rekindle interest in former first-round pick D.J. Wilson by showcasing him earlier this season. But Wilson didn’t produce and his trade value is almost non-existent.

When I asked a player personnel director earlier this week if the Bucks could get a second-round pick for Wilson, he replied, “I don’t know.’’ 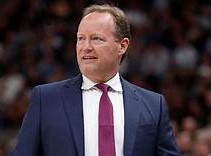 Two other interesting odds: Denver’s Michael Malone at 12/1 and Milwaukee’s Mike Budenholzer at 16/1.

Some might say the same about Cuban, who has made his share of blunders, including instructing his player personnel people to pass on selecting Giannis Antetokounmpo in the 2013 NBA draft.