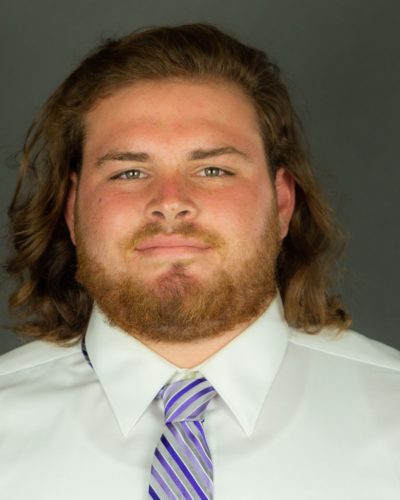 Quinn Meinerz didn’t have any delusions of grandeur.
After graduating from Hartford High School four years ago, he opted to attend UW-Whitewater. His reasoning made all the sense in the world.
Meinerz liked the proximity of the college, which was only about a hour away from his home, and he relished the opportunity to continue playing football, a game he passionately embraced, for one of the NCAA Division III powers.
But those weren’t the primary factors in Meinerz’s decision to matriculate at Whitewater. It was the education. Whitewater is regarded as one of the elite business schools in the Midwest and Meinerz sought a degree in business.
“The most important part (of his decision) was the education because I understood, at the time, that when you’re signing up to go a smaller school, it’s usually, ‘Hey, you got four years of football left and then what’s your career going to be?’ ”
Never, ever did Meinerz envision playing in the NFL at that point in his life. Even after three years at Whitewater and being an all-Wisconsin Intercollegiate Athletic Conference first-team selection at guard, he didn’t fathom the possibility of being paid to play the game.
But then, about a year ago. that all changed when two NFL scouts — one for the Green Bay Packers and another for the Chicago Bears — ventured to Whitewater.
The scouts put Meinerz through a workout before going on their way. Meinerz went home and recalibrated his approach to how he perceived himself as a football player.
“(It was) the first time I had heard my name associated with the NFL and I took it very seriously,” Meinerz said of the workout. “I changed a lot of things in my life, my diet, what I ate, the way I was training …”
Meinerz took his training to another level and became almost obsessed with it. Seldom did a day go by since that workout with the scouts that he didn’t work out.
When Meinerz finished his final exams last year, he hopped in his truck and made a 12-hour trek to Ontario, Canada, where his great uncle runs a fishing and hunting camp.
But instead of kicking back on the lake and having some fun in the summer sun, Meinerz never lost sight of his goal to become an NFL player.
He constructed a make-shift workout area in the northern woods and put to use the weightlifting equipment he had brought along.
When he returned to the States, Meinerz kept grinding, constantly working out either at NX Level Sports Performance in Waukesha or at home in his basement or backyard. 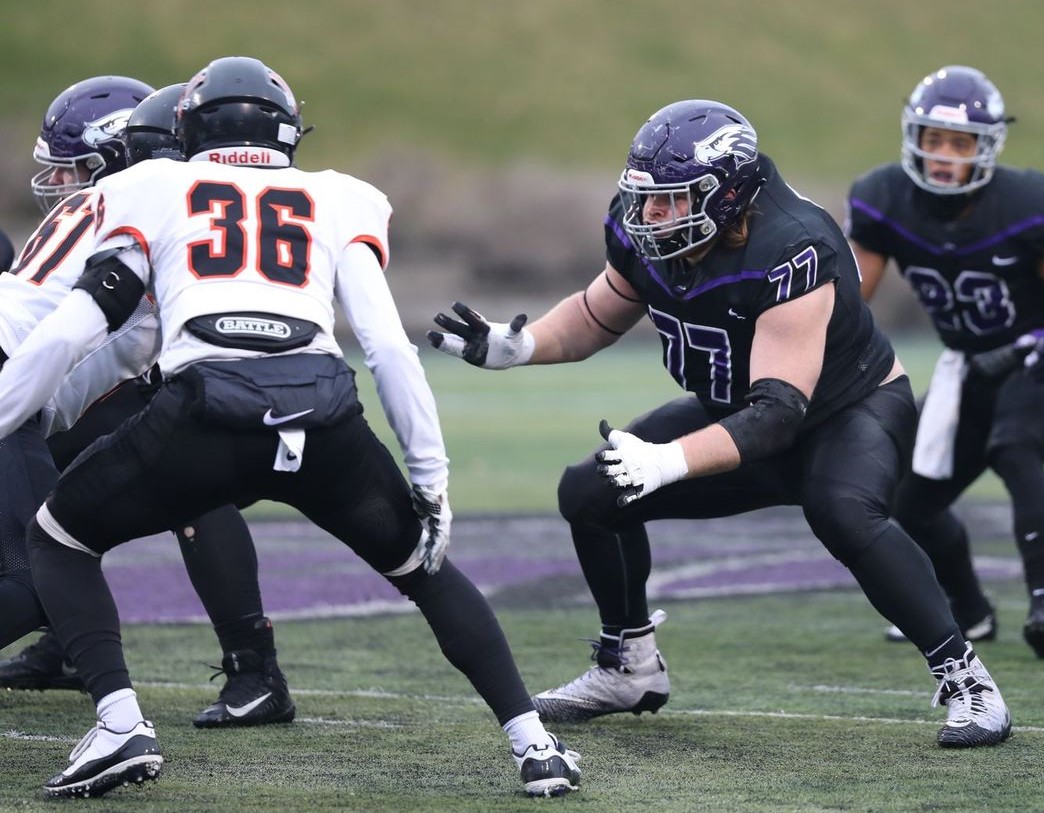 The fruits of his hard labor surfaced via a phone call notifying him of his selection to participate in the Senior Bowl at Mobile, Ala. The prestigious event is a star-studded event featuring mostly players from Division I.
But it didn’t take long for everyone in attendance at the Senior Bowl to realize the versatile offensive lineman from little D-III Whitewater could hang with the big boys from D-I.
The 6-foot-3, 320-pound Meinerz made a big and immediate impression during workouts and, at times, was a dominating force. His “pancake” blocks went viral. He became the talk of the Senior Bowl.
“I wasn’t really able to see that live,” Meinerz said of the exposure he garnered on social media. “For the most part, the only people I talked to was my family and my girlfriend and my agent. They would kind of feed me a couple of pictures and clips.
“I didn’t see the full force of what was happening. But with my follower count on social media, a lot of people were saying I was an inspiration to Division III football players, which is awesome. Not only am I trying to inspire Warhawks (Whitewater’s nickname) and represent our conference but all of Division III football because there’s a lot of great players that are in Division III and we are very easily overlooked.”
Prior to his coming-out showing in Mobile, Meinerz thought he might be overlooked in the upcoming NFL draft, which commences April 29 in Cleveland.
Now, he believes he will be drafted and drafted fairly high.
“Before the Senior Bowl, I was looking at the seventh round, undrafted free agent,” said Meinerz, who met with a slew of teams, including the Packers, in Mobile. “But after the Senior Bowl, I think I’ve been able to climb (draft) boards and be a day two pick, whether it’s the third, fourth or fifth round.”

An NFL player personnel official confirmed Meinerz’s sentiments, adding he was impressed with not only Meinerz’s physical tools but his mental makeup.
“He’s a highly motivated type of kid,” the NFL official said. “We know he played guard in college but he played mostly center at the Senior Bowl and he showed he’s versatile.
“He’s somewhat of a limited athlete but he is tough and he’s very businesslike. He eats right and takes care of his body. He’s definitely a make-it type player.”
Meinerz hopes to “solidify” his draft stock by crushing it at his Pro Day, when more NFL scouts, coaches and general managers will put him under the microscope one time and measure how he could potentally fit into their perspective teams.
Meinerz, who said he’s a goal-driven individual, has already compiled a list of goals for the audition, including running the 40-yard dash in 4.9 seconds, bench pressing 225 pounds 35 times, going 9 1/2 feet in the broad jump and 30 inches in the vertical jump.
Currently training in Dallas, Meinerz has hired Ron Slavin of SportsStars as his agent. Slavin grew up in Janesville — which is only 20 miles from Whitewater — and is a gradute of UW-Whitewater.
Slavin reps 30 NFL players with one of his clients being former Whitewater standout receiver Jake Kumerow. The latter played for the Packers and is currrently with the Buffalo Bills.
Slavin said NFL scouts were well aware of Meinerz before the Senior Bowl — “He was ranked like fifth or sixth nationally among guards,” Slavin said — but acknowledged Meinerz’s stock has shot up after his sterling Senior Bowl showing.
“It (the Senior Bowl) really helped him,” Slavin said. “He was really good there. He exceeded expectations, for sure.”
Needless to say, Meinerz’s emergence as a legit draft prospect is almost storybook. He said the realization of being on the cusp of being drafted hit him at the Senior Bowl.
“At the end of the week, when we had our walk through on Friday … It was such a surreal moment,” said Meinerz, who chose to attend Whitewater over UW-La Crosse and Division II St. Cloud (Minn) State. “But looking back, it wasn’t a surprise because I was waking up every single day at 5 in the morning, making my 45-minute drive every single day to NX Level and training so freaking hard on my body composition, changing my diet, sleeping (habits).
“I sacrificed a lot. I wasn’t able to see my family much, I didn’t see my friends very often. I took it so seriously. So, in hindsight, it was the culmination of all the hard work I’ve done for 13 months.”

Previous: This Super Bowl has all the makings of a classic
Next: Bucks’ attendance request is irresponsible