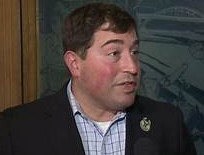 When the Green Bay Packers hosted the NFC Championship game a few weeks ago at Lambeau Field, the paid attendance was 7,772.

The seating capacity of Lambeau Field is 81,441.

So, because of COVID-19 concerns, only about nine percent of Lambeau Field was full.

The Packers’ decision to significantly limit the number of fans for the game in which the winner – Tampa Bay – advanced to the Super Bowl was responsible and clearly an indication the Packers were putting the public’s health before their pocket books.

The same, sadly, can’t be said of the Milwaukee Bucks.

The Bucks recently submitted a request to City of Milwaukee officials to allow fans – 25 percent of the Fiserv Forum capacity to reportedly up to 5,000 spectators – to attend home games as soon as this month.

The seating capacity for basketball at Fiserv Forum is 17,341. That means, if the Bucks were allowed 5,000 fans, 29 percent of Fiserv would be filled.

One could argue COVID-10 statistics in Wisconsin are trending downward in cases, hospitalizations and deaths. But we’ve seen that happen before and then COVID-19 came roaring back with a vengeance.

The Bucks’ request is unquestionably financially driven. In a recent interview, Pete Feigin, the team’s president, made it abundantly clear the Bucks need the bucks.

“For us, attendance is a very big deal,’’ Feigin said. “Attendance is 45 percent of revenue for our NBA team. To play with no attendance would be a really challenging prospect for us.’’

The Bucks aren’t alone. COVID-10 has posed major challenges for countless other businesses, especially small ones who have had to close their doors or are hanging by a thread. They, unlike the Bucks, don’t have three billionaire owners as a safety net.

It should also be noted more than half of the NBA’s 30 teams, to their credit, are telling fans they should watch the games on TV or listen to them on the radio. Those teams, like the Bucks, are feeling a financial pinch, too.

What’s more, the dozen or so teams that have allowed fans to attend their games are doing it cautiously. They have kept the percentage of fans in attendance to a reasonable number. To wit: The Atlanta Hawks, Brooklyn Nets, New York Knicks are at 10 percent of their arenas capacity. The Phoenix Suns are at eight percent and the New Orleans Pelicans are at four percent, according to reports.

The reason the vast majority of NBA teams aren’t allowing fans to attend their games, or are keeping attendance to a minimum, is because they know we aren’t out of the woods yet with this pandemic.

The Bucks’ request for allowing nearly 5,000 fans to be at their home games – ones that are played indoors at that – is simply irresponsible and potentially dangerous.

Previous: UW-Whitewater’s Meinerz opens the eyes of NFL officials at Senior Bowl
Next: Tomah’s Prielipp has the attention of MLB scouts