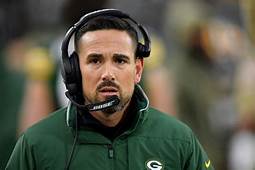 The Packers have amassed 410 points through 13 games, best among the NFL’s 32 teams.

What’s impressive about the Packers’ scoring production is their consistency. It’s practically automatic they’ll score at least 30 points every game.

The Packers have scored 30 or more points in 10 games, including the last four. One was a 41-point barrage against the Bears on Nov. 29.

Don’t expect the Packers to snap their 30-plus scoring streak today when they host the Carolina Panthers at Lambeau Field. The Panthers’ defense has been as inefficient as the Packers’ offense has been efficient. In three of their last four games, the Panthers have yielded 28 or more points.

The Panthers’ defense was an absolute sieve against the Tom Brady-led Tampa Bay Buccaneers four games ago. That’s when the Buccaneers lit them up for 43 points.

You get the picture.

The Vegas oddsmakers have pegged coach Matt LaFleur’s Packers as eight-point favorites over the Panthers. It could easily be 18 points. If the Packers bust out of the gates fast – which they’ve done on numerous occasions this season – the Packers are a lock to cover the spread and cover it easily.

Previous: Zielinski: Packers will stay in cruise control against Panthers
Next: Passing on the turnovers pays off for Packers