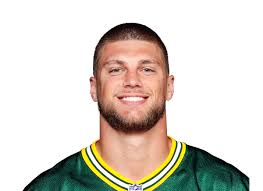 Here are some of the numbers that helped define the Packers 30-16 win over the Atlanta Falcons at Lambeau Field:

•    Aaron Rodgers has 13 TD passes and no interceptions through the first four games of this season. No one expects Rodgers to go through the whole season without an interception, but here’s an interesting stat: The NFL record for most TD passes in a season without an interception is 10 by Steve Young in 1987. Rodgers with 13 TD passes and no interceptions and Patrick Mahomes with 11 TD passes and no interceptions this season each still have 12 games this season to challenge Young’s record. Stay tuned.
•    The Pack has won seven of their last eight games on Monday night dating to 2014. Green Bay is 17-8 in Monday Night games at Lambeau since 1979.
•    Green Bay has now won four straight at home against the Falcons. They have won five of their last seven games against Atlanta, and hold a 17-14 regular season edge all-time over the Falcons.
•    The Pack is 4-0 to start the season for the first time since 2015. They have started 4-0 in six seasons; in those other five seasons, they won 10 or more regular season games in each of those years, and made the playoffs in each of those five seasons.
•    Since the 2015 season, Green Bay is 12-6 in games in the month of October. Since 2000, the Packers are 27-10 in October games played at Lambeau Field.
•    Atlanta’s Julio Jones came into Monday night’s contest as one of 15 players with three or more games with 100 yards receiving against the Packers. He finished the game with four receptions for 32 yards.
•    Green Bay got on the scoreboard first on an Aaron Rodgers-to-Aaron Jones TD pass. It was the first game this year that the Packers scored a TD in the first quarter.
•    The Packers held a 7-0 lead at the end of the first quarter. Green Bay is 15-7 since the 2016 season when they do not allow their opponents to score in the first quarter.
•    Atlanta’s 20-play drive that resulted in a field goal was the longest drive (by number of plays) in the NFL this season. It was the 16th 20-play (or more) drive in an NFL regular season game since 2001. The longest drive since 2001 was a 24-play drive by the New Orleans Saints against the Carolina Panthers in a 2007 contest.
•    Packers tight end Robert Tonyan (pictured above) had six catches for 98 yards and three TDs, all career highs. He became the 15th Packers player to have three or more receiving TDs in a contest.
•    Mason Crosby missed an extra point in the game. He has missed an extra point in only 12 games in his career. The Pack is 10-2 in those games. He has missed two extra points in only one game in his career: October 8, 2017 versus Dallas.
•    Za’Darius Smith had three sacks in the game, the second time in his Green Bay career (he did it last year in a December game versus the Vikings). He became the eighth Green Bay player to have three or more sacks in two or more games with the Pack. The others: Kyler Fackrell, Kabeer Gbaia-Biamila, Tim Harris, Aaron Kampman, Clay Matthews, Bryce Paup and Reggie White. The Packers are 27-8 since 1983 when they have a player record three or more sacks in a game.
•    Aaron Rodgers had four or more TD passes in a game for the 25th time in his career. That ranks him fourth on the NFL all-time list behind Drew Brees (36 games), Peyton Manning (35) and Tom Brady (30). The Packers are 22-3 (.880) in games when Rodgers has four or more TD passes.
•    The Pack had a 20-3 lead at halftime. Since 2010, the team is 36-4 when they score 20 or more points in the first half.
•    Green Bay held the Falcons to 16 points in the game. They are now 70-4 since 2005 when they hold opponents under 17 points in a contest.
•    Rodgers completed 27 of 33 passes, an 81.8% completion rate. That is tied for the third highest completion rate in a game for Rodgers. His highest completion rate was 86.4 in a game versus the Carolina Panthers 10-19-2014. He completed 19 of 22 passes in that game.
•    Rodgers ended the game with four TD passes, completing 27 of 33 passes (81.8%), 327 passing yards and no interceptions. He is one of 20 NFL QBs in the league’s history to complete 80% or more of his passes, throw four or more TD passes, pass for 300 or more yards, and have no interceptions in a game. Rodgers has done it three times in his career.
•    The Packers have a bye this week. The game following a bye week has not been good for the Packers in the past few years; they have lost four of their last five games following a bye week. They will face Tom Brady and the Tampa Bay Bucs in the game after the bye week.
•    Jamaal Williams caught eight passes for the Pack in the game for 95 yards. Both were career highs for him.
•    The Packers again had no turnovers in the game. Since the 2015 season, the Packers have had 39 turnoverless games, tops in the NFL. The Packers were 30-8-1 in those games. In their last 20 regular season games, the Packers have not had a turnover in 13 of those games, going 12-1.