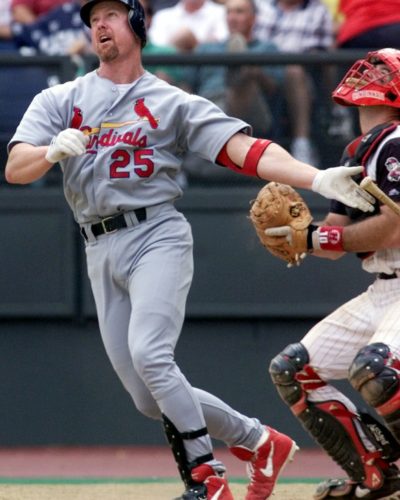 Home » Guest Post » A blast from the past: Breaking down the epic McGwire-Sosa home run race

I recently watched “Long Gone Summer,” an ESPN “30-for-30” that looked at the 1998 home run race between Mark McGwire and Sammy Sosa and their quest to pass Roger Maris’ long-standing single-season home run record of 61 homers. McGwire ended that year hitting 70 while Sosa finished with 66.

Here are six stats you may not know about that home run race.

Previous: Can any of the Brewers’ newcomers match Carlos Gomez’s debut?
Next: NFL scout on Jordan Love: ‘I wouldn’t have touched him in the first round’