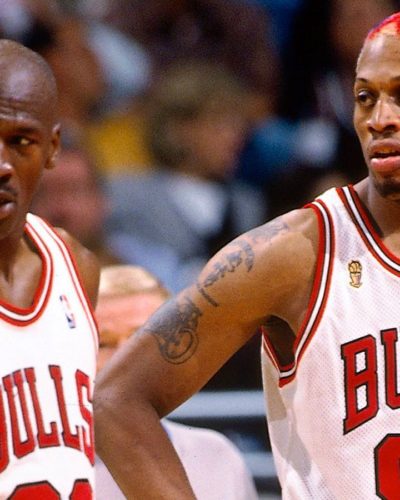 With little live sports to watch on TV, the next best thing we have these days is “The Last Dance,” the 10-part ESPN documentary on Michael Jordan and the Chicago Bulls of the1990s and their attempt to win their third straight NBA title (for the second time) in Jordan’s and coach Phil Jackson’s last season with the team.

As a person who tends to watch sports (and listen) with a curiosity toward the numbers in the games, I was interested in a couple of segments in the series where some numbers caught my attention. Here are two of them:

It’s one thing to not score a point in a game and have 20+ rebounds, but what about playing in a game where you never put up a shot?

Rodman leads this group; he did it nine times in his career. Reggie Evans is second on the list; he did it in five regular season games. Four other players did it two or more times in their careers: Chamberlain, Caldwell Jones, Charles Jones and Alton Lister.

In today’s NBA game where shooting and scoring takes precedence, it’s hard to imagine a player being in a game where he doesn’t fire up at least a couple of shots when he is on the court. Well, Rodman played seven games in his career where he played 30 or more minutes in the game and did not attempt a field goal. That tops the league. Charles Jones did it in five games in his career; Ben Wallace did it four games in his career, and Jason Collins is fourth on the list with three such games.

How correct was Jordan?

His comment sent me to the computer to do the research. Of the 12 players on the team, all are in the Basketball Hall of Fame except Christian Laettner. So here’s the question for you: Of the 11 members of the Dream Team who are in the Hall of Fame, which player fouled out of the fewest regular season NBA games in their career?

Well, Michael may have had a point… Magic Johnson fouled out of only five NBA regular season games in his career, the fewest among the 11 Dream Team members in the Hall of Fame.

Previous: MLB scouts know all about East Troy’s AJ Vukovich
Next: Some MLB teams may have missed playing games more than others