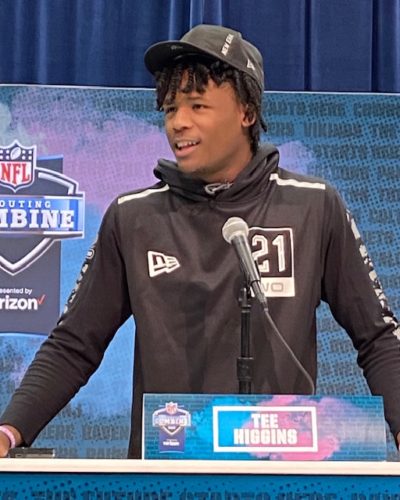 Home » Guest Post » Zielinski: Higgins would be a great catch for Packers

Throughout the years, the Green Bay Packers haven’t invested first-round NFL draft picks in receivers. Javon Walker, who the Packers selected in 2002, is the only receiver the Packers have drafted in the first round since 1989.

With general manager Brian Gutekunst devoting significant resources to the defense over the last couple of seasons via free agency and the draft, the Packers need to target an offensive weapon in the first round in this year’s NFL draft, which starts April 23.

One position the Packers need to address in this year’s draft is the receiver position. With the potential of 20 receivers being selected in the first three rounds, the Packers will have options at the 30th pick.

Oklahoma’s CeeDee Lamb and Alabama’s Henry Ruggs and Jerry Jeudy are the top three receivers in this year’s draft. None of those players likely will be available when the Packers are on the board in the first round, however.

Louisiana State’s Justin Jefferson, a 6-foot receiver who has speed and can play outside and in the slot, would be the ideal receiver for the Packers. But the chances are slim that Jefferson will be available at No. 30.

After those top four receivers, many of the receivers who are in the mix to go in the first or second rounds are similar to one another. If Jefferson is off the board, the Packers should target Clemson receiver Tee Higgins.

Higgins (pictured above) is a 6-4, 216-pound outside receiver who has the best hands in this year’s draft class. He also has a huge catching radius with the ability to make plays downfield due to his size and knack for going up to make plays.

The biggest concern with Higgins is his speed, as he had a 4.58-second 40-yard dash at the NFL scouting combine. He struggles at times to create separation in coverage. It will take time for him to figure out how to beat press coverage off the line of scrimmage in the NFL. His strong route-running skills and willingness to go over the middle of the field will ease his transition to the professional level.

There are a couple of other intriguing receivers who likely will be options for the Packers in the first round. But the other options aren’t necessarily as polished as Higgins.

Brandon Aiyuk, a 6-0, 205-pound receiver from Arizona State, is known for his dynamic ability after the catch despite a 4.50-second 40-yard time. He averaged 11.1 yards after the catch at Arizona State last season. He also has proven experience as a returner on special teams. Aiyuk isn’t as clean of a route runner as Higgins and struggles at times to catch passes in traffic.

Baylor receiver Denzel Mims, who’s 6-3, 207 pounds, is known for his blazing speed, recording a 4.38-second 40-yard time at the scouting combine. His size and speed fit exactly what Gutekunst is looking for in a receiver, but Mims’ weaknesses hurt his draft stock. He played in a simple offensive scheme at Baylor, isn’t the best route runner and has a history of dropping passes.

With the receiver depth in this year’s draft, the Packers will have plenty of options in the first round. If the Packers don’t trade out of the first round and one of the top four receivers aren’t available, they should select Higgins with the No. 30 pick due to his polished skills and likeliness to contribute right away next season.

Previous: Longevity is often an issue with top NFL draft picks
Next: Could the Packers use another first-round pick on a defensive player? Don’t rule it out