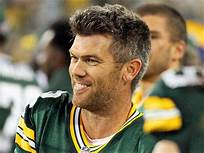 The NFL Draft commences Thursday night and teams are looking to find just the right college players to add to their rosters.

The short-term goal for each NFL team is to have a draft where most if not all these draft choices can make the team and contribute in some way, shape or form. The long-term goal might be to draft a player or two who can become a mainstay for the franchise for years to come and be a player who provides longevity and durability as an NFL player.

You would think that the drafted players who most likely would have long careers in the NFL would be players drafted in the early rounds … those are the best college players, the cream of the crop.

History, however, tells us otherwise. Players drafted in the first round are not always the players who stay in the league a long time and play in triple-digit career games.

To prove my point, I looked at the last several college drafts going back to 2000. I looked at each year’s draft and found which player in that draft played the most career games of those players drafted that year. Here’s an example:

Before you raise your hand and say, “Sure, kickers drafted are going to last a lot longer in the league than non-kickers,” I’ll admit you’ll have a good point. But that was not the case in every year.

Here are the players from each draft year (2000-2014) who have played in the most career NFL games from their draft class. I have also listed the number of NFL games each number one selection from that year played in his career.

If we go to the 2015 draft, there are five players drafted that year who have played in the maximum number of career NFL games since that year, 80. None of those five were drafted in the first round of that ’15 draft.

Even the 2016 draft has a similar result: Nine players drafted in the ’16 draft have played the maximum of 64 career games in their four-year career in the NFL. Of those nine, none were drafted in the first round.

Previous: Green Bay native James Morgan has seen his NFL draft stock skyrocket
Next: Zielinski: Higgins would be a great catch for Packers