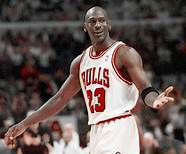 Ever wonder who the greatest clutch shooter is in NBA history?

Is it Michael Jordan?

One of my favorite websites is sports-reference.com and their affiliate sites for specific sports like football, basketball and baseball. I use these websites quite often as I research sports stats.

Recently, sports-reference.com noted that they had researched every “buzzer-beater” in NBA history and it was now posted on the basketball-reference.com website.

They came up with a comprehensive list of every “buzzer-beater” in NBA history, 772 shots to be exact. They defined a “buzzer-beater” as “successful shots taken with the shooter’s team tied or trailing which left no time on the clock after going through the net.”

The chart lists the player who made the shot, the date, opponent, type of shot (free throw, two-point shot, three-pointer), who assisted on the shot, and the distance of the shot. This is an impressive undertaking.

For Milwaukee Bucks fans, the team had 33 buzzer-beaters (and was the victim of a buzzer-beater 26 times). Six players had two or more buzzer-beaters. Leading the way was Sidney Moncrief who had three buzzer-beaters with the Bucks. He was followed by five players each who had two buzzer-beaters in a Bucks uniform: Andrew Bogut, Marques Johnson, Khris Middleton, Brian Winters and Mo Williams.

Previous: Some NFL teams prefer passing on QBs in the first round
Next: The Yankees, of course, have the highest all-time winning percentage among MLB teams. Who is second?