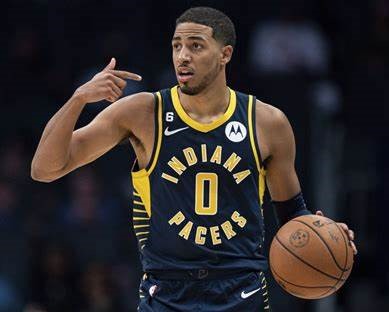 Picking the 24 players for the upcoming NBA All-Star game isn’t a piece of cake.

But it isn’t all that difficult, either.

At least, that’s the opinion of three NBA officials who I polled in recent days: an executive and two advance scouts.

In fact, there was an overwhelming consensus on which players deserved to be chosen for the mid-season showcase, which is scheduled for Feb. 10 at Vivint Arena in Salt Lake City.

In the eyes of the three NBA officials, the starters from both the Eastern and Western conferences were practically no-brainers.

Each had differing opinions on the other starting guard: Brooklyn’s Kyrie Irving, Chicago’s DeMar DeRozan and Indiana’s Tyrese Halliburton.

While Irving and DeRozan have been all-Stars on multiple occasions – Irving seven times and DeRozan five times – Haliburton is seeking his first All-Star appearance.

Now in his third pro season, Haliburton has fashioned an All-Star caliber season. He not only is averaging 20.3 points a game but also a league-leading 10.3 assists.

And his team is winning. The Pacers are 23-18 and perhaps the biggest surprise in the NBA this season.

“He (Haliburton) has been great,’’ an NBA personnel director said of the 22-year-old Haliburton, a native of Oshkosh, WI.  “He’s been the main reason for their resurgence.’’

Two of the NBA officials chose Memphis’ Ja Morant as the other starting guard, while another official selected Golden State’s Stephen Curry.

“We all know he (Curry) should be an All-Star starter, but I couldn’t vote him ahead of Doncic and Morant because of all the games he’s missed this season because of injuries,’’ the NBA executive said of Curry, an eight-time All-Star who missed 14 of Golden State’s first 41 games.

In all, 34 players received votes from the three NBA officials and myself: 19 in the East and just 15 in the West.

Among the players who didn’t receive a vote for the East top 12 in this poll, but were in the top 1o of the fan voting were Miami’s Jimmy Butler, Washington’s Kyle Kuzma and Brooklyn’s Nic Claxton.

Perhaps the most interesting selection in the poll was Orlando forward Paolo Banchero, who is enjoying a banner rookie season. Banchero, the No. 1 overall pick in the 2022 draft, is averaging 21.2 points and 6.9 rebounds for the 16-26 Magic.

“He (Banchero) has been good and he’s been consistent,’’ said an Eastern Conference advance scout. “He’s been putting up good, solid numbers. And he’s not afraid in big moments.’’

The league’s head coaches select the seven reserves from both conferences.

Here is how the three NBA officials and I voted:

Previous: Zielinski: Packers will meet the challenge
Next: Antetokounmpo needs to talk to Middleton about his free throw shooting woes