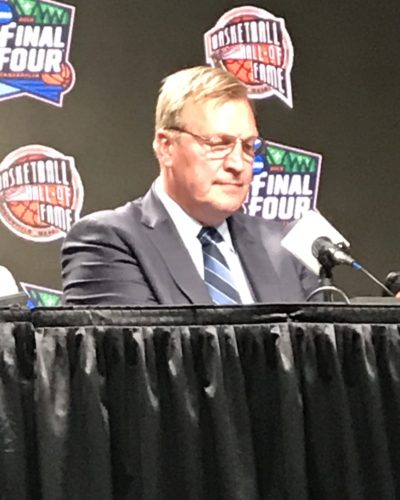 It’ll be a Milwaukee Bucks reunion of sorts.

When the Naismith Memorial Basketball Hall of Fame ceremonies are held next week in Springfield, Mass., a collection of former Bucks will be part of the ceremonies.

Ex-Bucks stars Sidney Moncrief and Jack Sikma will be inducted into the Hall on Friday night, Sept. 6, while former Bucks coach and general manager Del Harris will be bestowed with the prestigious John W. Bunn Lifetime Achievement award at the Awards Dinner the night before.

But Moncrief, Sikma and Harris won’t be the only former Bucks to be a part of the festivities. So will Wayne Embry, Don Nelson, Bob Lanier and Kareem Abdull-Jabbar.

Moncrief told WPB that Nelson and Lanier would be his presenters into the Hall. Nelson coached the Bucks from 1976-1987 and was responsible for the Bucks selecting Moncrief with the fifth overall pick in the 1979 draft.

“Nellie was an innovated coach and, as a player, you appreciated that, at least I did,’’ Moncrief said of Nelson, the NBA’s all-time winningest coach with 1,335 victories who was inducted into the Hall in 2012. “As a coach, he’d find ways for you to have an advantage over your opponent.

“I appreciated the way he played me and helped me to become a better player by the way he ran his offense with different matchups. He did that very well, not only for me but other players as well.’’

As for Lanier, he became a teammate of Moncrief’s in February of 1980 when the Bucks acquired him from the Detroit Pistons for Kent Benson and a first-round pick in the 1980 draft. That pick turned out to be Larry Drew, who would later become a head coach for the Bucks.

Moncrief said Lanier, who was inducted into the Hall of Fame in 1992, made a profound impact on him during their four-plus seasons together in Milwaukee.

“Bob was the consummate pro,’’ Moncrief said. “He was the first superstar I played with; his status in the league was very high.

“He probably had the highest, or one of the highest, basketball IQs of any center. His basket knowledge was very strong. He knew the game. He studied the game.’’

The 61-year-old Moncrief, a five-time All-Star and the only guard to be chosen the NBA’s Defensive Player of the Year award twice, then paused, laughed and said, “And he got me open. He knew all the tricks of the trade.’’

Sikma played 14 seasons in the NBA, including the last five with the Bucks. He possessed an excellent all-around game, averaging 15.6 points and 7.9 rebounds as a pro.

Sikma, whom the Bucks acquired in a trade with Seattle in July of 1986, was a seven-time NBA All-Star. He is the only center to have ever led the league in free throw percentage during a regular season, having converted on .922 of his attempts during the 1987-1988 campaign.

Sikma, who helped the Bucks advance to the playoffs in all five seasons with the franchise, has chosen Embry, his old Seattle coach Wilkens and Abdul-Jabbar to be his presenters.

Sikma and Embry were never a part of the same organization until several years ago with the Toronto Raptors. Embry is currently a basketball advisor for Toronto and Sikma is a Raptors assistant coach.

“We have established a very good relationship,’’ Embry said of Sikma, whose step-back, behind-the-head shot was virtually unstoppable. “I was very happy he (Sikma) asked me to do this.

“He’s a good person, No. 1, and he was a very good player. He was one of the most underrated centers ever and that’s because he played during a time when there were a lot of great centers like Kareem Abdul-Jabbar and Moses Malone and others.

“Jack is very deserving of being in the Hall.’’

Previous: Braun hones in on another 20-plus home run season
Next: LaFleur sets out to do what no other Packers coach has done