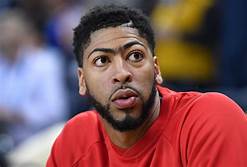 The big news in sports this past week was the impending trade of Anthony Davis from the New Orleans Pelicans to the Los Angeles Lakers. The trade has made the Lakers the betting favorite in Las Vegas to win the NBA championship in 2020.

Davis, who spent one year at the University of Kentucky before jumping to the NBA, is a six-time All-Star in his seven seasons in the league. He is also a three-time all-NBA selection, but he has seen post-season action with the Pelicans in only two campaigns.

Here are six stats you may not know about Davis.

Previous: Bucks show interest in another Maker
Next: Bucks give Happ, Cohen III the cold shoulder