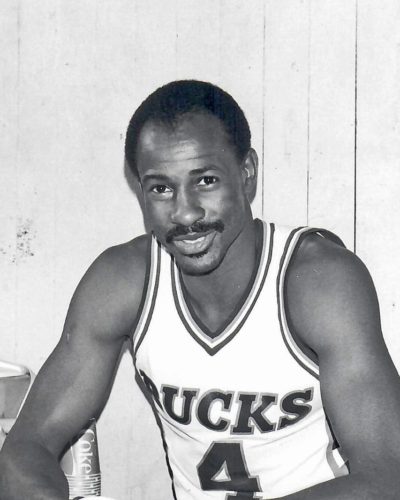 If you wanted a flashy, high-flyin’ basketball player, Sidney Moncrief wasn’t your guy.

If you wanted a prolific, light ’em up scorer, Moncrief wasn’t your guy.

Now, if you wanted a player who placed substance ahead of style, who played at a high level on offense and on defense, Moncrief was definitely your guy.

Moncrief played in the NBA from 1979-91 and fashioned a highly impressive resume, one that may have garnered considerably more appreciation if he had not played in Milwaukee, hardly the media mecca of the world.

Yet, if you watched Moncrief on a consistent basis, if you conversed with those who competed against or with him, you’d quickly realize the 6-foot-3 Moncrief was an exceptional player.

When the legendary Michael Jordan was tearing it up back in the day with the Chicago Bulls, I asked His Airness the toughest defenders he encountered. One of the first names out of his mouth was Moncrief.

When I recently queried Lloyd Walton, who played his first four seasons in the NBA as a backup point guard for the Bucks when Moncrief was his teammate, if there was better defensive guard in the game at that time than Moncrief, he emphatically responded, “No. Unequivocally no. No. No. No. And I’d debate anybody on that.’’

Walton, now a career counselor for the National Basketball Players Association, then paused before adding, “He was the Defensive Player of the Year at the guard position. That’s special. That’s really, really special. He guarded the ones (point guards), the twos (shooting guards) and even the threes (small forwards). We played in a physical era and he was tough as nails. He was one tough defender.’’

But while Moncrief was duly recognized for his defensive prowess, his offensive game was often overlooked. The former University of Arkansas All-American and fifth overall pick in the 1979 draft convincingly demonstrated his scoring capabilities when, for four straight seasons, he averaged 20 or more points a game.

Question anyone who followed Moncrief’s career in Milwaukee and they’ll undoubtedly tell you he could have been a big-time scorer. But Moncrief played on Don Nelson-coached teams that were laden with capable scorers like Bob Lanier, Marques Johnson, Junior Bridgeman, Jack Sikma, Brian Winters, Ricky Piece, etc.

Nelson preached a team philosophy and that was vividly reflected in his team’s balanced scoring attacks. During the 1981-82, 1982-83 and 1989-90 seasons, the Bucks had six players average 12 or more points a game.

“Very few people come into this league for their defense, believe it or not,’’ quipped Quinn Buckner, Moncrief’s starting backcourt partner in Milwaukee who is now a television broadcaster for the Indiana Pacers. “Sidney could score, no doubt about that.’’

Added Walton: “We had plenty of scorers, so the scoring load wasn’t solely dependent on Sidney. He could have averaged more points, but that’s not how we played or what we needed.’’

With Moncrief excelling at both ends of the court, Bucks were among the elite teams in the league, although they were never able to get past Eastern Conference powers Boston and Philadelphia and reach the Finals.

Yet, from the time Moncrief arrived in Beer Town until he departed, the Bucks racked up the Ws, winning 49 or more games each season, including 60 in his second season.

Is it any wonder then why Buckner, Walton and others are convinced Moncrief is worthy of induction into the Naismith Memorial Basketball Hall of Fame?

Moncrief, a five-time NBA All-Star, is one of eight former players being considered for induction into this year’s Hall class. The others are Ben Wallace, Paul Westphal, Theresa Weatherspoon, Marques Johnson, Jack Sikma, Bobby Jones and Chris Webber. The other finalists are coaches Eddie Sutton, Barbara Stevens and Leta Andrews and official Hugh Evans.

The 2019 Hall of Fame class will be announced at the upcoming NCAA Men’s Final Four in Minneapolis.

“I really hope Sidney does get into the Hall. He was really great for the game and he’s a terrific human being.’’

Added Walton: “Sidney was the fifth pick in his draft class and I think organizations, even to this day, let players who were drafted that high know how much they’re investing in them and how they’ll be an integral part of their organization.

“I think that really resonated with Sidney. He wanted to uphold his end of the bargain and he did that and more. I have the utmost respect for Sidney as a basketball player and as a person. I sure hope he gets in. To me, he definitely deserves it.’’

Previous: Bucks’ Newton may be on Pelicans’ radar
Next: TODAY’S SPORTSTAT: Will the Greek Freak become just the second Bucks player to win the MVP Award?